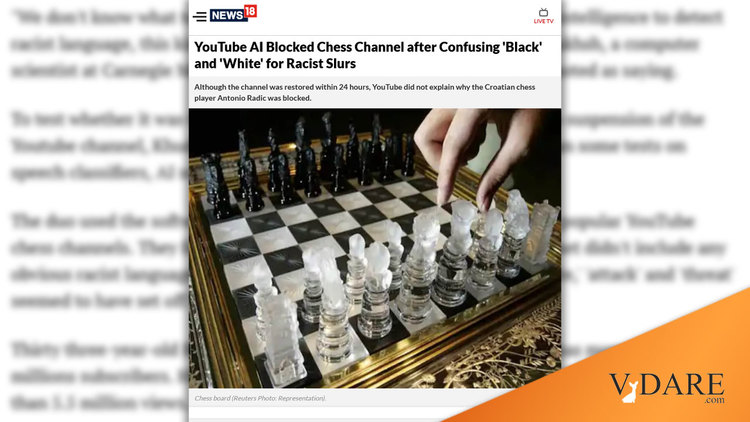 We hear much about the menace posed by racist robots, but mighty Google appears to have succeeded in inventing artificial intelligence with the natural stupidity of a professor of intersectionality. From A18 News:

Although the channel was restored within 24 hours, YouTube did not explain why the Croatian chess player Antonio Radic was blocked.

Did YouTube block a chess channel over violation of community guideline and usage of racist language? Late last year, a YouTuber who produces popular chess videos found that his channel was blocked over charges of ‘harmful and dangerous’ content.

Even though the channel was restored within 24 hours, the YouTube did not explain why it had blocked Croatian chess player Antonio Radic, also known as ‘Agadmator,’ from its platform briefly, the Dailymail reported.

Experts suspect that it was the usage of words like “black” and “white” that confused the Yutube’s AI filters. They found that 80% of chess videos that were flagged for hate speech actually had terms like ‘black,’ ‘white,’ ‘attack’ and ‘threat.’

Agadmator has over a million subscribers on his channel and is considered the most popular chess vertical on YouTube. …

Youtube uses AI algorithms and human moderators to filter out prohibited content. But in this case, the algorithm couldn’t differentiate between hate speech and normal conversation…

The duo used the software on more than 680,000 comments from five popular YouTube chess channels. They found 82%of the comments flagged in a sample set didn’t include any obvious racist language or hate speech, but words such as ‘black,’ ‘white,’ ‘attack’ and ‘threat’ seemed to have set off the filters, KhudaBukhsh and Sarkar found. 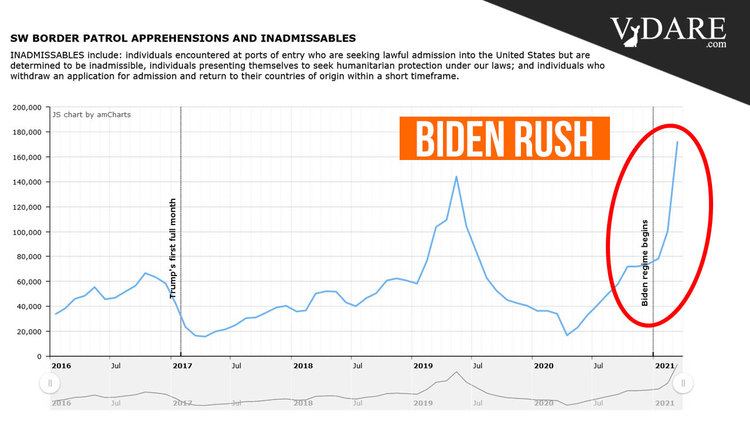 Post
VOX: Black Lives Matter Protests Have Killed About An Order Of Magnitude More People Than They Have Saved
MORE...
POPULAR TAGS