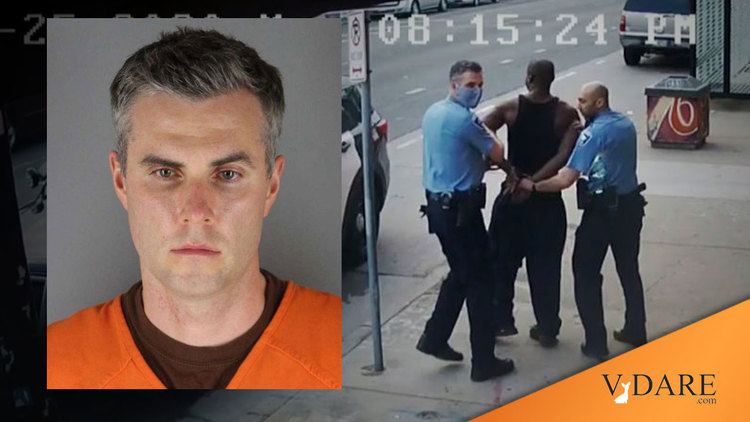 It's almost two years since the death of Minneapolis street person George Floyd. Well, there is news on the case.

Wednesday this week Thomas Lane—one of the police officers standing by keeping the mob at bay when Floyd died of a drug overdose—pleaded guilty to a manslaughter charge and was sentenced to three years in jail. That will be served concurrently with his federal sentence for "violating Floyd's civil rights," which hasn't yet been handed down.

And no, this is not double jeopardy. No way! Absolutely not! If you think it is, you are utterly ignorant of the law, and probably a racist, too. Correct your thinking, Comrade!

There was no news this week about any further developments in the Tony Timpa case. Timpa, as I am sure you will recall from the nationwide protests and demonstrations his death occasioned, was the white Dallas, Texas guy who died under police restraint in August 2016. One of the restraining officers kept his knee pressed into Timpa's back while they waited for paramedics to arrive.

None of the cops in the Timpa case has been convicted of anything, nor even suspended from active duty, although a civil lawsuit is pending.