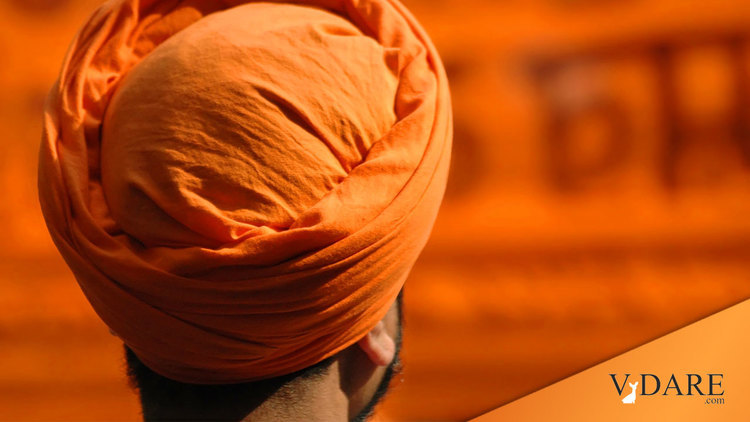 I haven't seen a new post from the War Nerd since last October, but exiledonline.com occasionally publishes one of his classic pieces.

I confess my heart swelled with ancestral pride when I got to the part about the Sikh Wars (i.e. against the British):

The only reason the Sikhs didn’t go on to run all of India and maybe the world is simple: They ran into the Brits. Same reason the Zulu didn’t get to own all of southern Africa . . .

I keep telling you, the Brits circa 1840 weren’t the cute little Monty Python guys you imagine. They were stone killers, the best since the Romans, totally ruthless, no more conscience than a drain contractor. They saw the Sikhs fighting among themselves and went for it.

(If you want to read about the Sikh Wars, you could do worse than take up Harry Flashman's account.