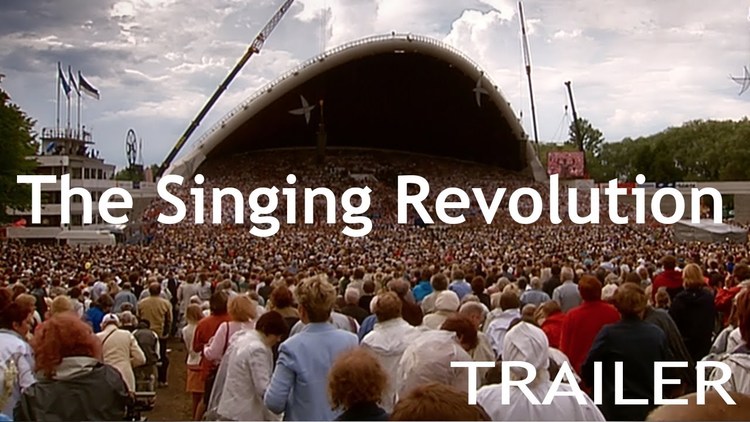 VDARE.COM will be posting more about Hans-Hermann Hoppe's valiant effort to revive paleolibertarianism via his Property and Freedom Society conference, held in Bodrum, Turkey, every spring. (For an account of this year's conference by the British libertarian Sean Gabb, click here).

I spoke on the libertarian case against immigration, always a difficult subject for modal libertarians because their handful of painfully-conned nostrums won't fit the subject, no matter how hard they struggle. (For an example, see here).

But an Estonian libertarian greatly enriched the conference by arranging for a showing of The Singing Revolution, the extraordinary independent film documenting how folk music held together his tiny nation during its long dark night of occupation and near-genocide at the hands of the Soviet Union. The emotional power of the huge mass song festival scenes in which Estonians spontaneously begin to sing their national songs after years of prohibition is shattering. The movie is an irrefutable demonstration of the reality and legitimacy of collective identity.

The next day, after my talk, when a modal libertarian ignored my argument as usual and asked the standard question about why an employer shouldn't be able to hire whoever he wanted, I simply pointed out that in Estonia this could have meant the employer would be importing more Russians, which the Soviet Union was already doing in an attempt to drown the Estonian nation. This was met with silence.

For reasons which invite discussion, The Singing Revolution is not being distributed in the usual way. But you can sign up here for news on how to see it.