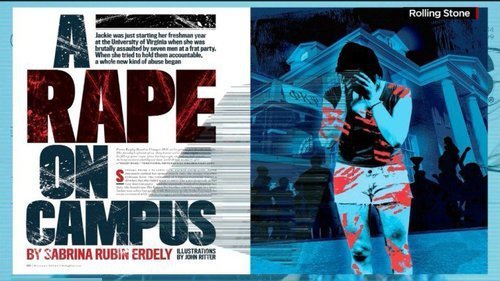 From my new column at Taki’s Magazine:

Numerous identity politics uproars, such as Ferguson, Trayvon, and Duke Lacrosse, have turned out to be humiliating fiascos for the national press when all the facts are finally toted up. Note that these were the mainstream media’s wars of choice, battlegrounds chosen to teach the public lessons.

What can we expect from the next crisis in the press’s pipeline, the purported fraternity initiation gang rape?

Read the whole thing there.

By the way, before I linked to Richard Bradley’s November 24th post expressing skepticism about the Rolling Stone article on  Unz.com on November 29th, virtually nobody in the press was expressing any doubts about even the details of the story. I was the only commenter on Bradley’s post, until I put up the link here. Then comments from my readers flooded in to his site.

Now, Bradley-inspired questions are everywhere. We helped bring a more balanced perspective to the attention of the world.