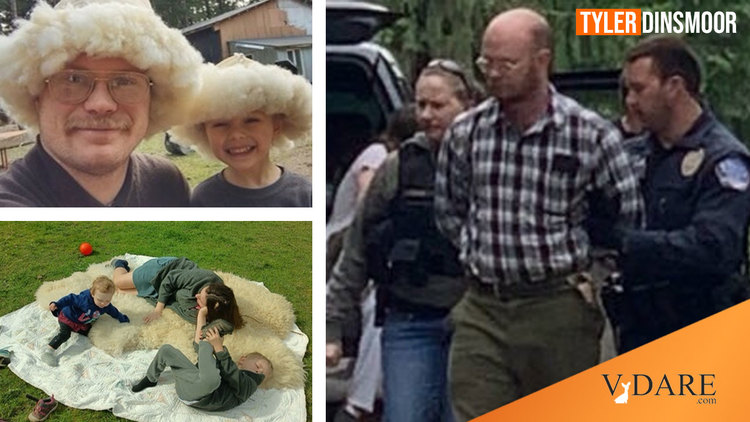 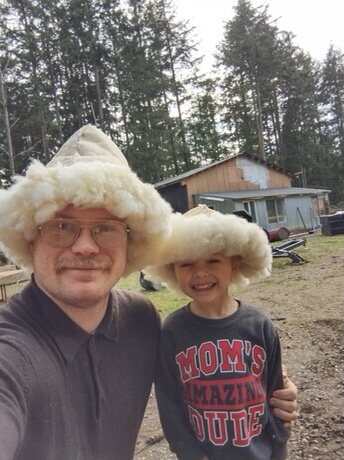 My friend Tyler Dinsmoor is a true man of God; in fact, he often takes his beautiful wife and his adorable children door-to-door in their godless Washington State to spread the Gospel. Dinsmoor is a Navy veteran and supports his family with a high-quality sheepskin business. He has a son, a daughter, and a third baby on the way.

Dinsmoor is active on Gab. Recently a slew of Leftist Twitter accounts launched coordinated defamatory attacks, falsely alleging that he had broken the law by making direct, personal threats of violence. Tyler was forced to take his company website down to protect his clients. 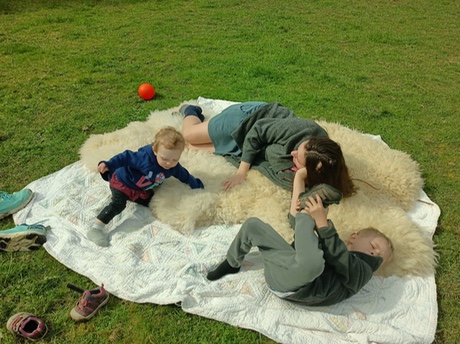 The post that especially incensed the Leftists was this, in which Dinsmoor insinuated that he would protest an upcoming “Pride Parade” in Anacortes, WA.

When Leftists began to point to it as proof of his intention to harm participants, Tyler clarified that, if he were to go, it would be to distribute flyers.

Some of Tyler’s other posts asserted that sodomites deserve the death penalty. This sounds harsh, but it is indisputably rooted in Scripture. [Leviticus 20:13] 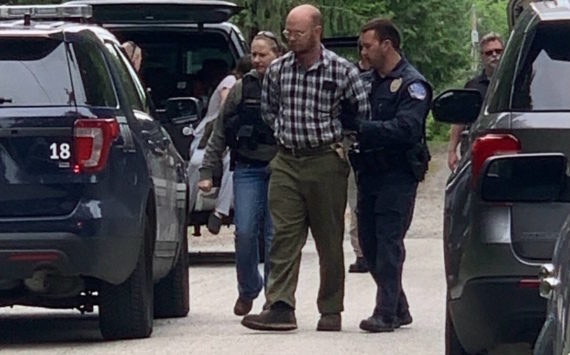 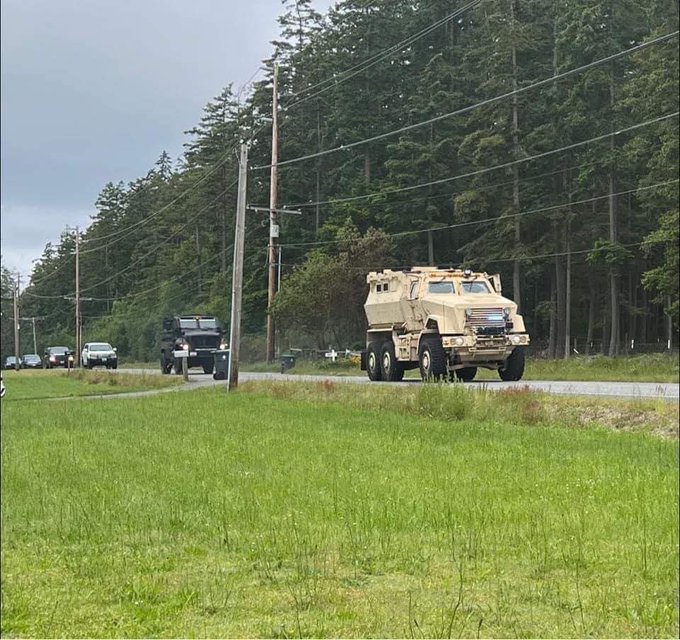 Remember, this is a state that has tolerated Leftist anarchy in Seattle for more than two years.

Oak Harbor Police Chief Kevin Dresker was quoted as saying that the massive show of force was “due to the nature of Dinsmoor’s online comments, which included violent vitriol aimed at the LGBTQ community and ominous posts about the gay pride parade.”

That certainly implies violence much more than any of the posts for which Banks arrested Dinsmoor.

Oak Harbor Detective Sgt. Jennifer Gravel, in her report quoted in the Whidbey News-Times article, slandered Tyler as a “racist,” “sexist,” and “anti-Semite.” Gravel, echoing Chief Dresker, wrote that Dinsmoor is “an extreme risk to the public.” Again, she noted that he owns firearms. She recommended that Tyler be ordered to submit to a psychological evaluation.

This illustrates the Regime’s accelerating conflation of speech with violence. Referring to a citizen’s protected First Amendment speech and religious practice as “violent” while repeatedly mentioning firearm ownership is the insidious logic underpinning Red Flag Laws.

For the crime of being a White Christian and posting scripture with some spicy (but legal) commentary, Tyler Dinsmoor is being held in county jail on an astronomically high $1,000,000 bail. He is being held in solitary confinement.