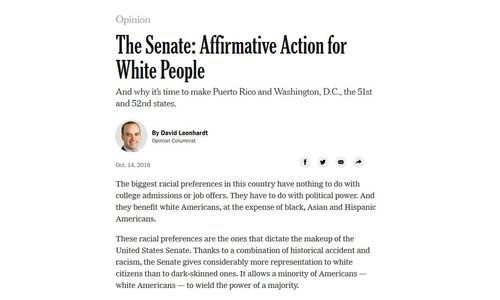 From the New York Times today:

And why it’s time to make Puerto Rico and Washington, D.C., the 51st and 52nd states.

The biggest racial preferences in this country have nothing to do with college admissions or job offers. They have to do with political power. And they benefit white Americans, at the expense of black, Asian and Hispanic Americans.

These racial preferences are the ones that dictate the makeup of the United States Senate. Thanks to a combination of historical accident and racism, the Senate gives considerably more representation to white citizens than to dark-skinned ones. It allows a minority of Americans—white Americans—to wield the power of a majority.

No states have been added to the Union in a half century. But the issue dominated American politics in the 40 years preceding the Civil War. And it’s likely to emerge again.

Newt’s misadventure illustrates why statehood for Puerto Rico and Washington D.C. is likely to come up again. It’s kind of like gay marriage—which, after losing 31 straight times when put to the electorate, has been renamed “marriage equality”. What, are you against equality? Likewise, statehood for D.C. and P.R. will at some point be turned into racial equality issues—which are hard to withstand under our age’s reigning mindset.

You’re against electoral equality? What kind of racist are you?

Threatening to split Texas into five states would be an effective Republican counter-gambit.

I have no idea if this is actually true, but I was told when I went to college in Texas that Texas has the right, under its terms of admission in the 1840s, to split itself into five states. The average population of these five states would be about 5.7 million, just under the average state in the country, and considerably bigger than depopulating Puerto Rico and much bigger than D.C.

States have split before. …

Depending upon how adroitly the state borders are gerrymandered, splitting Texas could create a net gain for Republicans in the Senate of two or four Senators. Texas currently sends two Republicans to the Senate. Five Texases would likely send seven or eight Republicans to the Senate, for a net increase of two or four—assuming most of the Democrats are corralled into a new Hispanic-dominated state of South Texas along the Rio Grande. Creating a heavily Hispanic state in south Texas would almost certainly add two Latinos to the Senate—how could anybody be against that? Republicans would be delighted to demonize Democrats who opposed splitting Texas as racists who don’t want Hispanics to have their own state. 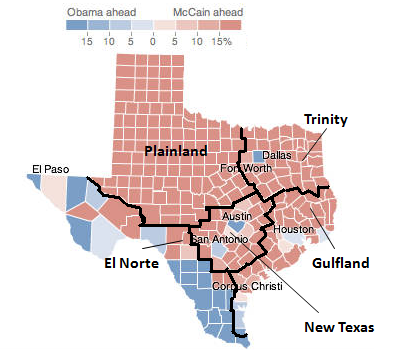 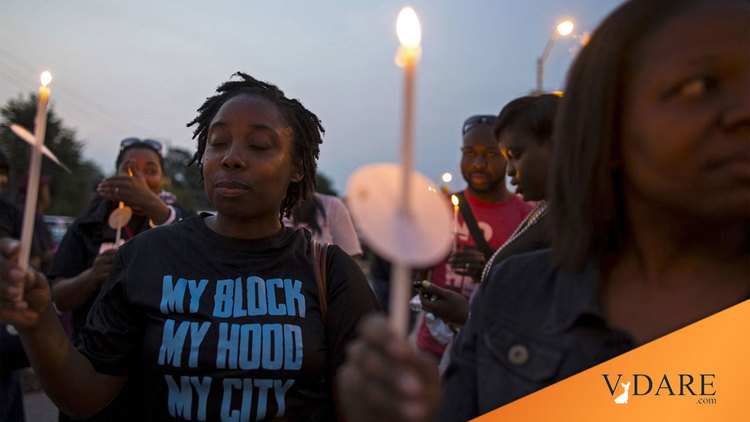