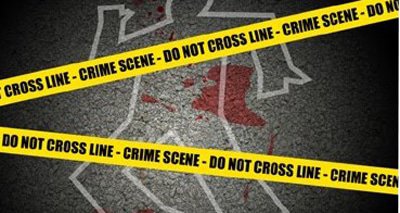 Heather Mac Donald of the Manhattan Institute has just published a table of statistics on race and violent crime that she received from the Department of Justice. For the first time in figures of this kind, DOJ has treated Hispanics as a separate category rather than lumping them in with whites. These data cover all violent crimes except murder, but the number of murders is tiny compared to other violent crimes.

This table can be used for a number of interesting calculations. First, we find that during the 2012/2013 period, blacks committed an average of 486,945 violent crimes against whites, whereas whites committed only 99,403 such crimes against blacks. This means blacks were the attackers in 84.5 percent of the violent crimes involving blacks and whites. This figure is consistent with reports from 2008, the last year DOJ released similar statistics. Perhaps not coincidentally, that was the year Mr. Obama was elected president.

Some observers argue that what causes the overwhelming preponderance of black-on-white over white-on-black violence is “chance of encounter,” due to the fact that there are five times as many whites as blacks in the American population. However, there are only about 30 percent more Hispanics than blacks, yet black-on-Hispanic violence is almost as lopsided as black-on-white violence. This suggests blacks may be deliberately targeting both whites and Hispanics.

We can also calculate how often criminals of each group choose victims of other races. As indicated below, when whites commit violence they choose fellow whites as victims 82.4 percent of the time, and almost never attack blacks. Blacks attack whites almost as often as they attack blacks, and Hispanics attack whites more often than they attack any other group, including their own.

There may have been an actual fall in relative black violence rates. It is also likely that many blacks who would otherwise be committing are behind bars. One in every 15 black men is in jail, as opposed to one in 36 Hispanics and one in 106 whites.

According to these figures, Hispanics are 26 percent more likely than whites to commit violent crimes. This calculation can now be made only because DOJ has finally released data about Hispanic offenders. If the department continues to collect data on Hispanic offenders it will also be possible to determine why Hispanic incarceration rates are higher than those for whites–whether they are caused by higher offence rates or by the fact that Hispanics are a younger population with a higher percentage in high-crime age groups.

This change in DOJ reporting is long overdue. American Renaissance first pointed out 16 years ago the incoherence of failing to account for Hispanics as offenders. DOJ has long counted Hispanics as a victim category in its hate crime reports. We look forward to their inclusion as a perpetrator category.

Article
Union Jackal On Immigration [3 Items]: Citizen Journalist Steve Laws’ Reports On The Illegal-Alien Invasion “Not In The Public Interest”; English Civil War 2.0… But Without The Englishmen; For The Queen, White Mourners Only… Except The Black Guy Who Molested Two Women
MORE...
POPULAR TAGS