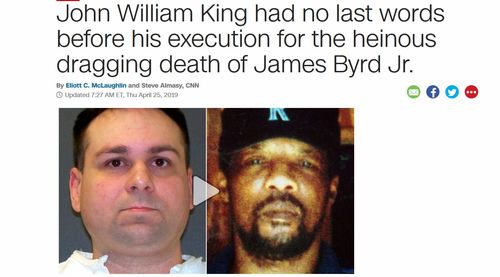 Hate Crimes, The Murder Of James Byrd And The Delayed Death Penalty 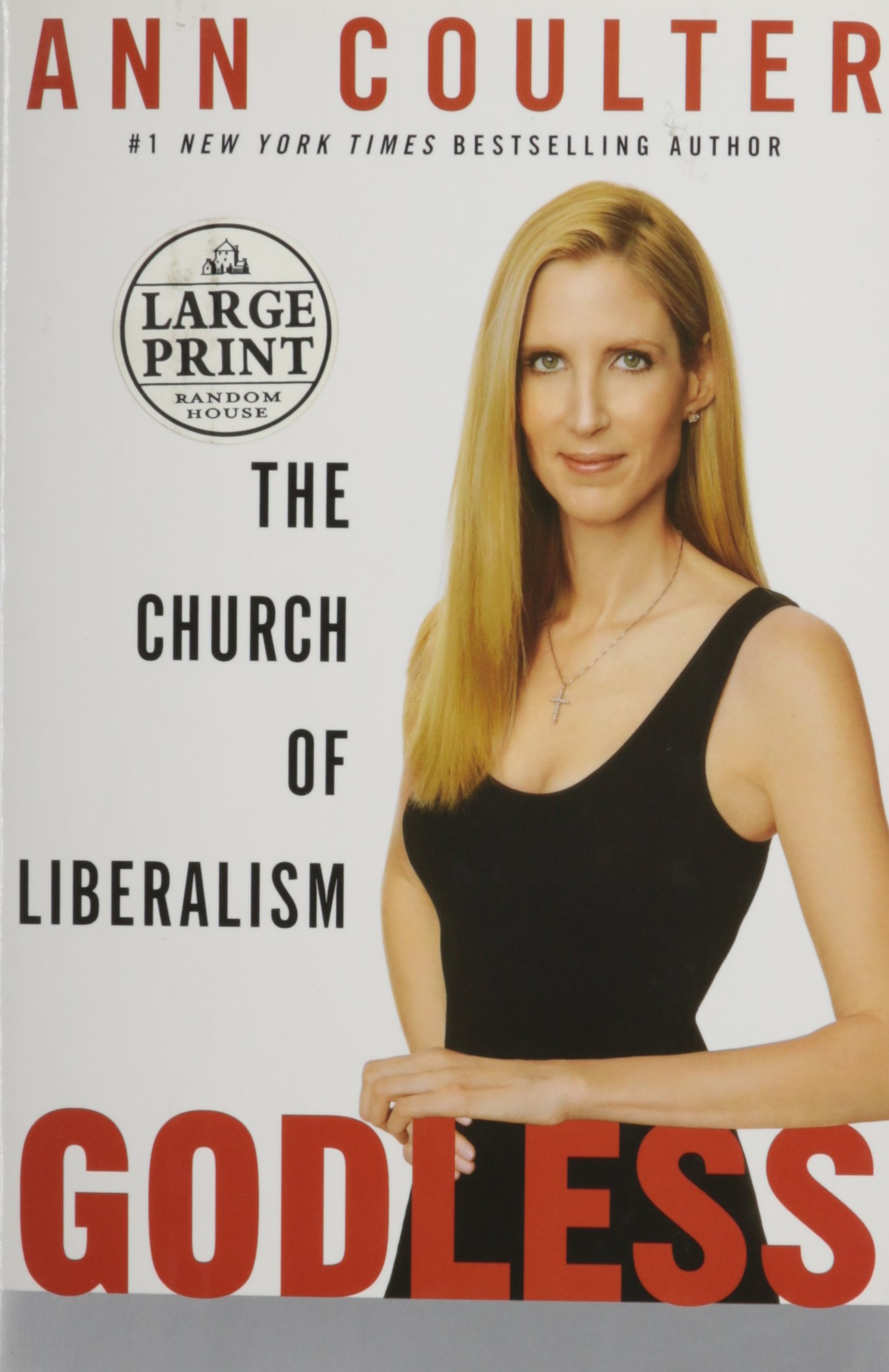 In 1998, an African-American man named James Byrd was murdered in Jasper, Texas in June of 1998 by three white men. Two of the men were the late Lawrence Brewer, executed by the State of Texas in 2011, thirteen years after the murder, and the very recently late John William King, executed yesterday,  twenty-one years after the murder.(A third, less guilty, man is in prison for life.) Both men were ex-convicts who hated blacks (white ex-convicts often do) so it was a genuine hate crime, and led to lots of talk about passing hate crimes laws to prosecute the rare white-on-black crime. (Black-on-white crimes are de facto excluded from hate crimes prosecutions.)

The normal conservative answer to this is that both men received the death penalty, as murderers do, and what more do you want? Texas Governor (at the time) George W. Bush was quoted as saying "we don't need tougher laws".

In Godless, The Church Of Liberalism (Chapter II: The Passion Of The Liberal: Thou Shalt Not Punish The Perp) Ann Coulter refuted various liberal arguments against the death penalty.

One of them was:

The death penalty does not deter.

How do liberals know? This is an article of faith, not a statement of empirical fact. If the death penalty doesn't deter murder, how come Michael Moore is still alive and I'm not on death row? In the forties and fifties, before the courts started halting executions on the basis of the judges' personal opposition to the death penalty, murder was rare.  As soon as the Supreme Court declared the death penalty "unconstitutional" in 1972, the murder rate soared and has only begun to come down as capital sentences have been gradually reintroduced. Of course the death penalty might deter a little more effectively if the average time spent on death row were not nearly a decade or if death row inmates were not more likely to die of causes other than execution while awaiting their executions. When convicts on death row are dying of old age, we may be a few tweaks short of an effective deterrent.

The difference between this guy King and people like Mumia Abu-Jamal, Rubin "Hurricane" Carter, and other black killers like Troy Davis is that whites don't support other whites getting away with murder, a point I made eight years ago in Troy Davis, Lawrence Brewer, Wyatt Matthews And The Disparate Death Penalty.

While many of these cases involve (bogus) claims of innocence, it's clear that blacks support other blacks being set free even if they're guilty.

And now lawyers are saying that elderly murderers should be allowed to die of old age, including 67 year-old black murderer Vernon Madison, who killed white police officer Julius Schute in Mobile, Alabama in 1985. Yesterday was the 34th anniversary of Schute's death, and his killer looks set to escape justice entirely. [Too Old to Be Executed? Supreme Court Considers an Aging Death Row, by Adam Liptak, New York Times, March 5, 2019]