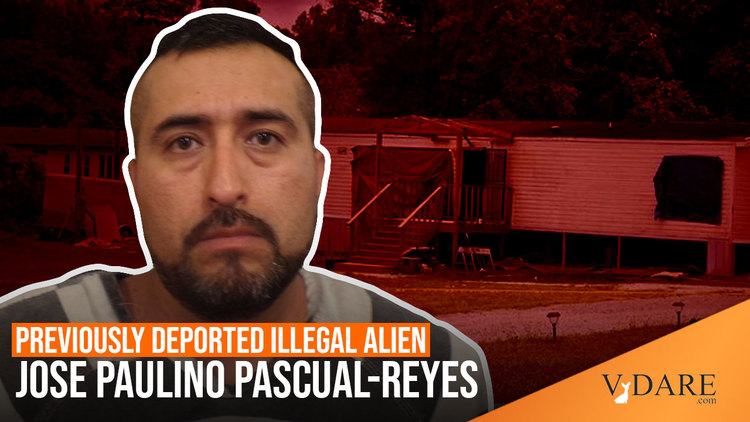 House GOP Leader Kevin McCarthy (B rating from NumbersUSA) and Representative John Katko (C+ rating from NumbersUSA) have released a blueprint should the Republicans regain control of Congress [House GOP unveils ambitious blueprint to secure southern border if it takes majority, by Adam Shaw, Fox News, July 28, 2022]. Given their records on immigration, their plan might get a B-. The problem is that certain issues require guts and taking political flak.

Whether it’s George Soros funded District Attorneys or DHS Secretary Mayorkas, the Democrats have learned about prosecutorial discretion. Meaning that a DA can pick and choose which cases they want. A Democratic State Attorney can ignore Antifa and BLM rioters but go after the Proud Boys, who were just defending themselves.

Likewise, the Obama administration stopped going after illegal aliens unless they had criminal histories. That might sound good, but it ignored that liberal District Attorneys would deliberately not prosecute illegals for crimes like drinking and driving. I have witnessed lots of aliens who were arrested for crimes like trespassing, public intoxication etc., but the aliens simply moved jurisdictions (usually out of state) and were never convicted. Therefore, they had an arrest record, but not a criminal history. (Interstate flight to avoid prosecution is a Federal crime in itself, of course, but it only matters if the Federal government enforces it.)

This sleight of hand kept many illegal aliens with prior arrests from being deported. The Biden Administration is picking up where the Obama Administration left off, but on steroids. It is using prosecutorial discretion to cut the number of illegal aliens being deported down to its lowest level ever. Every loophole is being exploited and expanded enough to drive a truck through.

The very first step in truly securing a border should have involved impeachment of Mayorkas. That might be a long shot requiring the Republicans to win the House (likely) and a big majority in the Senate (not likely). However, as long as Mayorkas can use his discretion in enforcing the laws, he will not enforce the law.

The McCarthy-Katko plan does have some good points:

These are all good suggestions, but they could use some improvement.

In politics, a bumper sticker is worth more than a well-reasoned argument. A wall is nice, but it’s just a tool. You cannot build a wall then walk away and expect no one to try to saw through it, climb over it, or dig under it. You have to have someone there to defend it.

The tracking of immigrants and non-immigrants by their visas was a suggestion from the 9/11 Commission that has never been implemented. Tracking them is nice, but tracking and deporting them would be better.

Increasing CBP and ICE staffing does no good if all they are going to be doing is diaper duty.

”Ending the abuse of parole”—now, we are finally getting somewhere. I have a feeling a policy change like that would get tied up in court. The Democrats are going to fight for that, and they will use children for sob stories to keep the border open.

”Increase penalties for overstaying visas.” If you overstay your visa, you are in the United States illegally. Deportation is the remedy for that, it does not need an increase in penalty. The law needs to be enforced...which brings us back to impeaching Mayorkas.

E-Verify: The 1986 IRCA Act needs to be changed by removing one word. Employers can be punished if they ”knowingly” hire an illegal alien. Take out the word ”knowingly.” Make employers want to sign up for E-Verify to make sure their employees are legal. Also, be cognizant that a lot of illegal aliens are paid off the books. Construction contractors, small restaurants, and farms often pay the employees in cash. There is a huge underground economy out there.

If the Republicans eventually win the Presidency and control of Congress, then I would have a much longer list of things that would need to be implemented to secure the border and deport the millions of illegal aliens here.