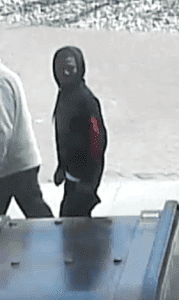 Metro Transit Police said they are looking for a man who is shown in a surveillance video punching another man and knocking him down on an escalator in the rail system.

Police said the man shown in the video allegedly assaulted a 69-year-old man Friday around 1 p.m. at the Eastern Market station.

The man victim told police he was pushed by another man as he got off the train. The two then engaged in a verbal altercation on an escalator at the stop. The victim told authorities that the other man then punched him in the face with a closed fist. In the video, the victim is seen falling down on the escalator.

Perhaps some raceless reporter will do a story about raceless thugs and their rage against elderly raceless people.