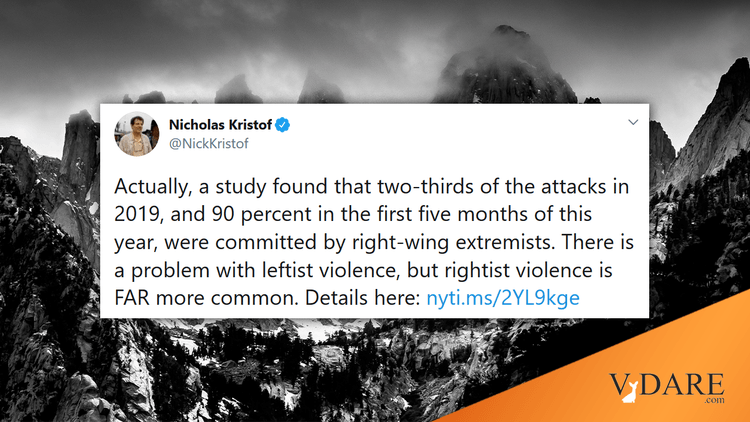 Actually, a study found that two-thirds of the attacks in 2019, and 90 percent in the first five months of this year, were committed by right-wing extremists. There is a problem with leftist violence, but rightist violence is FAR more common. Details here: https://t.co/MKGphVRjq6 https://t.co/epVDwyet0E

Kristof’s epic journey has kept him out of touch with civilization since Memorial Day.

By the way, has anything happened after “the first five months of this year” since I left on Memorial Day?