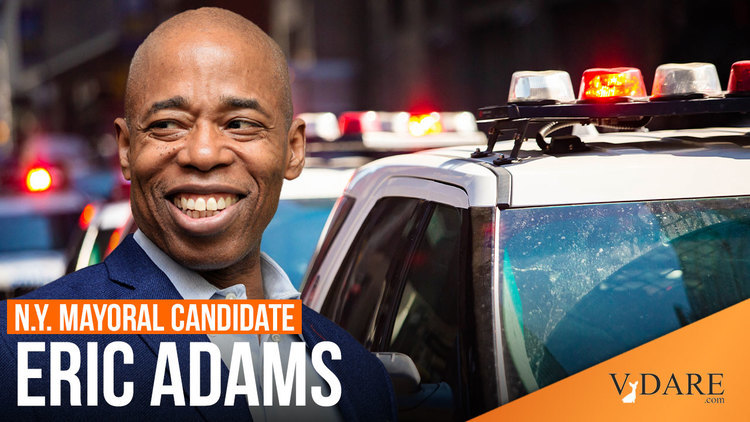 Our nation is held hostage by Black Lives Matter and our inability to simply say “so what?” when called racist.

BLM threatens riots if Mayor-elect Adams reinstitutes NYPD anti-crime units: “If he thinks that they’re going to go back to the old ways of policing, then we are going to take to the streets again. There will be riots, there will be fire and there will be bloodshed because we believe in defending our people,” by Ari Hoffman, The Post Millennial, November 11, 2021

New York City’s Black Lives Matter chapter threatened “riots” and “bloodshed” in the streets if Mayor-elect Eric Adams reinstated the police department’s anti-crime units which were disbanded at the height of 2020’s Black Lives Matter protests and riots. Progressives were furious when Adams said he would reinstate the units during his campaign.

Hawk Newsome, co-founder of Black Lives Matter of Greater New York, said after a meeting with Adams in Brooklyn Borough Hall Wednesday, “If he thinks that they’re going to go back to the old ways of policing, then we are going to take to the streets again. There will be riots, there will be fire and there will be bloodshed because we believe in defending our people.”

Newsome told The Daily News, “So, there is no way that he is going to let some Gestapo come in here and harm our people. We pray for peace but … prepare for the worst.”

“We will shut the city down. We will shut down City Hall, and we will give him hell and make it a nightmare.”

During the meeting, which was livestreamed on Instagram by an attendee, Adams and the BLM activists got into a heated argument over police policies.

Hawk Newsome told Adams that BLM would hold him responsible for any future misconduct by the NYPD.

Later in the meeting, Adams responded to another activist who accused him of not holding NYPD accountable saying, “Brother, I mean, have you been living under rock?” adding that he has been “fighting injustices” during his decades-long career as an NYPD captain and a politician. “The same things I’ve been doing over the past 35 years I’m going to continue to do, and maybe you should look at those things I have done.”

After the meeting, Chivona Newsome told The Daily News “I don’t know if it was misogyny or ageism, but as the only woman in the room, as the co-founder of Black Lives Matter of Greater New York, Mayor-elect Adams thought it was best to correct me, and he wants to know how he can hold me accountable. We are holding him accountable whether he chooses to hold himself accountable or not.”

Police trying to stop black people from killing other people is now racist, worthy of threatening riots over. But black lives matter, right?