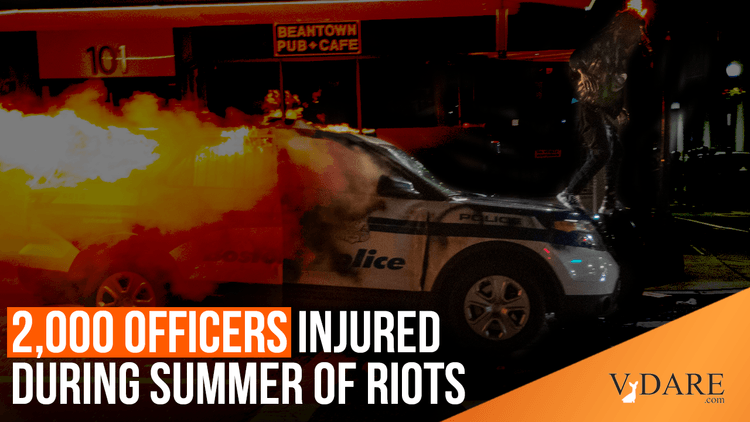 At Least 2000 Police Officers Injured In The Mostly Peaceful Rioting, Looting, And Burning

A report of police casualties in the mostly peaceful occurrences since George Floyd's death:

The Major Cities Chiefs Association released a report detailing the number of violent riots and the number of police officers injured during the riots U.S. cities faced after the death of George Floyd in May.

The MCCA, which has members in 69 of the largest cities in the U.S., released the findings of their survey in October and compiled data from May 25 to July 31, 2020. In total, 8,700 protests took place in major American cities during that time period.

Of the 8,700 protests, 574 of them were riots that saw mass looting and destruction.

They then go on to say some political correct stuff about how many "protests" just involved shouting and disrupted traffic, with the threat of violence, but no actual burning and looting ("illegal but non-violentacts of civil disobedience") but then to say that the looting, burning and assaults on police were committed by "individuals or small groups that infiltrated the larger protests."

Er, no.  The Marine Corps publication Mao-Tse Tung On Guerilla Warfare says that

"Mao has aptly compared guerrillas to fish, and the people to the water in which they swim. If the political temperature is right, the fish, however few in number, will thrive and proliferate."

And there's been a lot of looting, burning, and police officers sent to the hospital:

“In cities where violence did occur, assaults on police officers, looting, and arson were the most common criminal activities. Approximately, 72% of major city law enforcement agencies had officers harmed during the protests. This included nearly every agency that experienced at least one violent protest. In total, over the course of the civil unrest from May to July, more than 2,000 officers sustained injuries in the line of duty. One agency reported 50 officers being injured in a single week of protests. Another agency reported that 462 of their officers were injured during the protests in their jurisdiction.

“Looting was also a common occurrence (2,385 instances), with 62% of major city law enforcement agencies indicating that at least one incident of looting occurred in their cities. This activity was primarily clustered during the first few days of protests. Of note, several agencies reported that in some instances, the looting appeared to be coordinated and organized. For example, some cities encountered ‘looting caravans’ that moved throughout different neighborhoods. One agency reported 115 commercial burglaries occurred in just one day. Two other agencies reported $927,000 worth of damage as a result of looting in each of their jurisdictions, and another agency reported a single looting event at a shopping mall that resulted in over $70 million in damage.”

“Several agencies also had police precincts set on fire and hundreds of police cars were significantly damaged throughout the various protests across the U.S. One agency alone reported 300 police cars damaged to include 19 that were fully engulfed in flames,” MCCA reported. 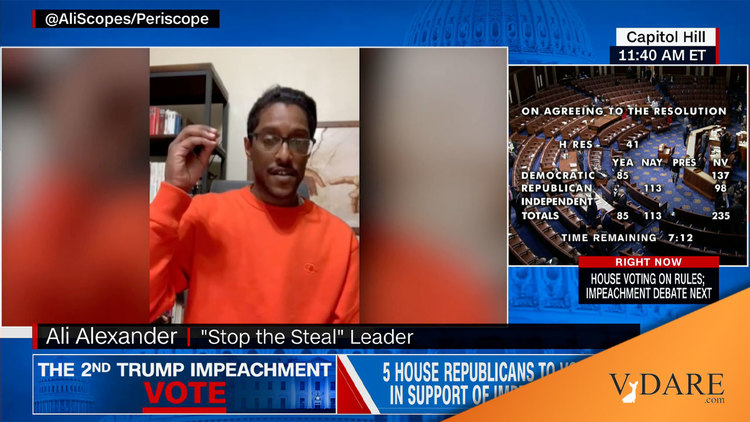