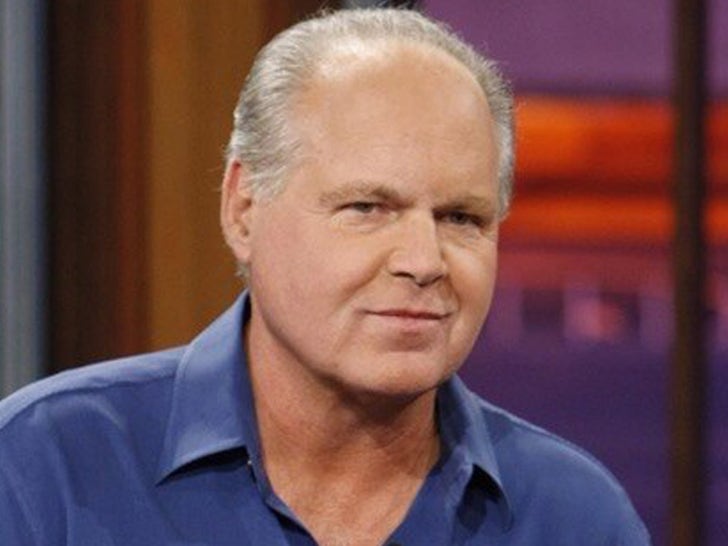 President Limbaugh? - On Immigration, he deserves it.

So America’s Supreme Legislative Body has done a Bakke on Arizona’s SB1070 – give the appearance of victory to the good guys but let the bad guys win via implementation. Our old friend Vincent Chiarello has posted a penetrating and depressing discussion of this at Larry Auster’s site.

An EKG on Romney and the Congressional Republicans is flat lining of course, but Patriots have a Champion – Rush Limbaugh.

Limbaugh devoted a large part of his broadcast to publicizing Scalia's Dissent on Arizona Case rushlimbaugh.com June 25, 2012.  First he had a guest who explained how cosmetic the positive part of the decision was

CALLER: What are the cops actually going to do if somebody's committing a crime, or driving a car and gets pulled over for speeding and they just say they don't have ID? How are they going to enforce it?

Then he turned to Scalia

Scalia actually went to the courtroom and read from his dissent. That doesn't always happen. Sometimes dissents are just filed and quoted from, but he read a lengthy dissent from the bench. He said, among other things, "'After this case was argued and while it was under consideration,' he said, 'the secretary of Homeland Security announced a program exempting from immigration enforcement some 1.4 million illegal immigrants… to say, as the court does, that Arizona contradicts federal law by enforcing applications of federal immigration law that the president declines to enforce boggles the mind,'"

…when the Feds refuse to enforce their own law, what do you do? And all Arizona did was write laws that mirrored federal law. They didn't create any new ones. And as Scalia says, they made them a little bit more effective. They have a problem. They have a huge problem. And the Democrats will not enforce or secure the border because they want to make voters out of these people. It's the states that have to pay for these people! It's maddening. I have total empathy with the people who are outraged over this.

Although Limbaugh had a rocky start to the Presidential cycle, he was excellent on Cain and excellent on Gingrich. He shows every sign of understanding the immigration issue and he has the right enemies whom he faces with courage.

And for Presidential candidate Limbaugh VDARE.com supplies the answer to

…when the Feds refuse to enforce their own law, what do you do?

You impeach. That goes for legislating Judges too – even Gingrich saw that.