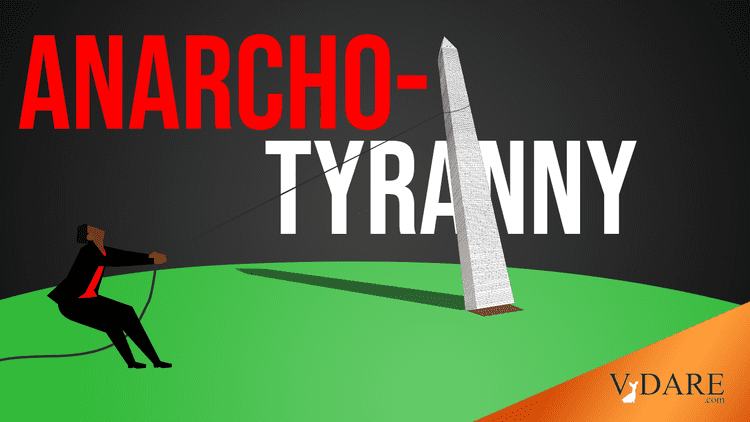 Can you define Anarcho-Tyranny? At a time when monuments and statues to Dead White Males are being pulled down/vandalized/set on fire and utilized as a forum for public art (the most vile graffiti messages imaginable, ranging from calling for the murder of police to “f*ck whitey”), and the police/elected officials do nothing to stop this lawlessness, a white couple daring to paint over a “Black Lives Matter” message has been charged with a hate crime.

Oh, and to make it even better, the DA charging the white couple—Diana Becton—is a black woman who George Soros supported in her race for the office.

This is how you define Anarcho-Tyranny:

A white California couple has been charged with a hate crime after they were seen on video defacing a Black Lives Matter mural, according to a statement from the Contra Costa District Attorney's office.

Two people, identified by the district attorney as Nicole Anderson, 42, and David Nelson, 53, were seen on July 4 painting over the B and L in the word "Black," which had been painted in yellow, with black paint.

In the video, the man identified as Nelson can be heard saying, "There is no racism. It's a leftist lie," and, "No one wants Black Lives Matter here."

Anderson was the one seen painting over the letters, while Nelson stood alongside her and at one point fetched another can of paint from a car.

Calls to Anderson and Nelson seeking comment were not immediately returned. It's unclear whether they've obtained legal representation. 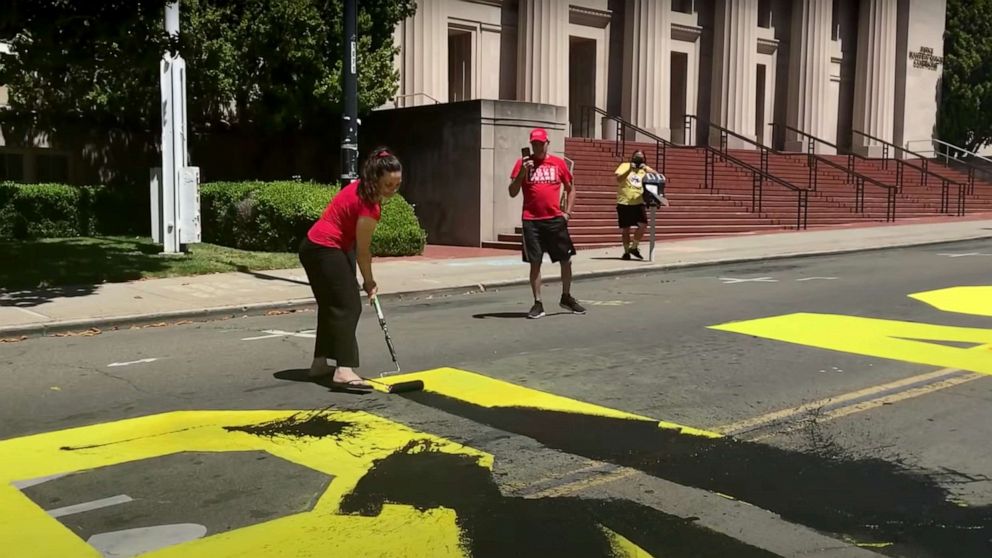 A California couple are seen defacing a Black Lives Matter mural in a video shared by the City of Martinez police seeking community assistance in identifying the couple.

The mural, in downtown Martinez in front of the Wakefield Taylor Courthouse, was approved through a permit on July 1, according to the district attorney's statement issued Tuesday. It was completed on July 4.

Other murals like it have been seen in cities across the U.S. in the wake of protests against police brutality.

The Martinez police said in a statement Sunday that the couple appeared to have come to the mural "with cans of paint and a roller with the specific purpose of vandalizing over the mural."

"The community spent a considerable amount of time putting the mural together only to have it painted over in a hateful and senseless manner," police said.

Police included a link to the video with the statement in the hopes of identifying the suspects, who, three days later, were charged.

In addition to the hate crime, Anderson and Nelson also face charges of vandalism and possession of tools to commit vandalism or graffiti.

If convicted, each could receive up to a year in county jail.

"We must address the root and byproduct of systemic racism in our country. The Black Lives Matter movement is an important civil rights cause that deserves all of our attention," Contra Costa County District Attorney Diana Becton said. "The mural completed last weekend was a peaceful and powerful way to communicate the importance of Black lives in Contra Costa County and the country."

For those still on the fence, Sam Francis truly was the prophet of 21st century America.