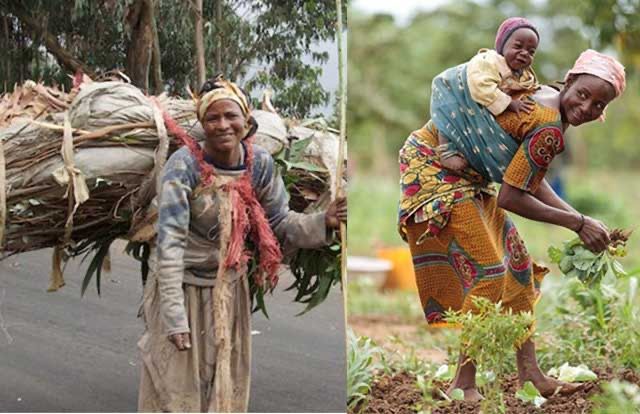 Left Behind by Migrant Husbands, Women Break the Rules and Go to Work

Wives are shocking their traditional West African villages by earning money and running large households while their husbands are in Europe seeking jobs.

Khadijah Diagouraga hooking up her donkey to haul water from the well in Koutia, a village in rural Senegal.

KOUTIA, Senegal — Years had passed since her husband had crossed the sea to look for work in Europe. Left behind, Khadijah Diagouraga trudged to the couple’s peanut fields alone every day, struggling to earn enough to provide for an extended family of 13.

When the town’s water pump broke and her faucet went dry, she tied a donkey to a cart to haul water from a nearby well, cursing her absent husband the whole way. Her action shocked this small, conservative village in rural Senegal. Guiding animals was men’s work, village leaders said.

“It’s not a sight I ever wanted to see,” said Baba Diallo, 70, sitting in the shade of a dried cornstalk canopy, shaking his head as if to rid himself of the memory.

Across West Africa, villages have been emptied of husbands and sons in their prime who set out for Europe to look for work and never returned. Women, realizing they might never see the money their men promised to send home, have gradually taken on what are seen as men’s roles, earning money and running large households of in-laws and other extended family members. ,,,

She hooked up the donkey to plow, and to haul water from the well. She started to earn a bit of cash from her harvest and set up a shop selling tea and sandwiches.

She heard hushed comments from onlookers. She saw them staring. Women should rely on charity, some of the men said. Others said she wasn’t strong enough. Some said they felt sorry for her….

And then she got to work, soaking beans for dinner and sweating as she ran behind a donkey, urging it to hoist pails of water from a deep well.

Some of the village’s few remaining young men were sprawled nearby in the shade. They lifted their heads to watch her on that baking afternoon. …

They had been there for hours doing nothing, Mr. Diawara said, daydreaming about sailing to Europe.

As the end of this slyly written article implies, women have always done most of the work outside the home in sub-Saharan Africa. The light tropical soil means that weeding of the fields has been largely done with hoes wielded by women, while in Eurasia plowing was man’s work. In Africa, feminist organizations complain that men don’t do enough work.