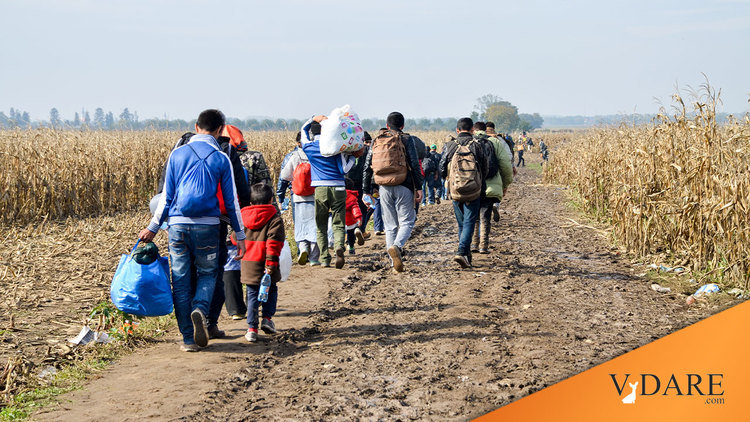 A Reader Points Out That Population Of Afghanistan Has DOUBLED Since 2001, There Are A Lot More Refugees Still To Come!

From: An Engineer In Alabama [Email him]

"One wonders if the collapse in Afghanistan was so chaotic because the Biden Administration wanted to make sure as many people as possible would be shipped into the country."

Without massive foreign aid the population of Afghanistan is likely to crash back to around 20 million—give or take—and that won’t be pretty. I can’t think of anything more destabilizing than mass famine.

And think of the "push" factor for all those Afghani refugees headed our way...

I do not understand why these factors are not more widely discussed. What am I missing? It sure seems logical to me.

It's hard to figure out what they were doing, after the initial invasion. It seems that the U.S. Government thinks wars should be waged for the benefit of populace being invaded, i.e., "Operation Iraqi Freedom".

If so, that's a success, because there's a lot more populace. But they can't all come here, there's no room.