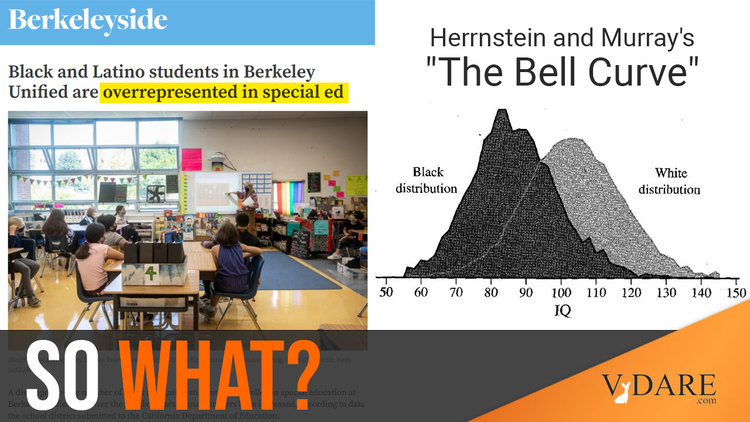 From: A Berkeley Reader [Email her]

This is a typical item from Berkeleyside, the city's online local newspaper:

Black and Latino students in Berkeley Unified are overrepresented in special ed
Twenty-eight percent of Black students are in special ed, compared to 7% of white students. Berkeleyside digs into BUSD’s plan to address the disparity.
By Ally Markovich, June 122022

A disproportionate number of Black and Latino students are enrolled in special education at Berkeley Unified, and over the last five years, those numbers have increased, according to data the school district submitted to the California Department of Education.

This spring, the board approved a plan to address the “significant disproportionality” of Black students in certain special education categories, a requirement for all school districts with racial disparities in their special education enrollment at least three years in a row. BUSD submitted a similar plan to the state during the 2019-20 school year.

They have a chart: 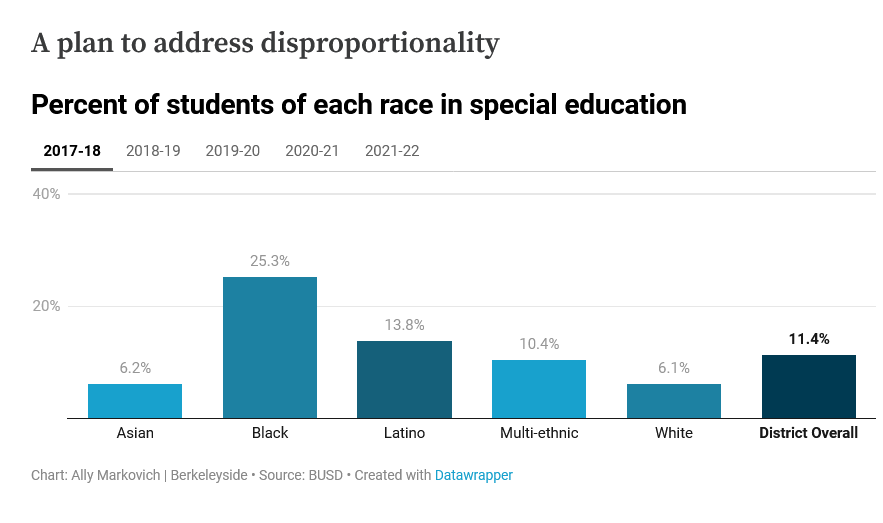 So what? Hasn't anyone in Berkeley read The Bell Curve or heard of Arthur Jensen, Richard Lynn, or Philippe Rushton?

I don't see any of the article's commenters mentioning differences in average IQ (as well as behavioral traits) between different racial groups as a cause of this "over-representation."

Probably any such comments would have been deleted by the editors—and potential writers know that by pointing out the facts they will automatically make themselves targets for abuse.