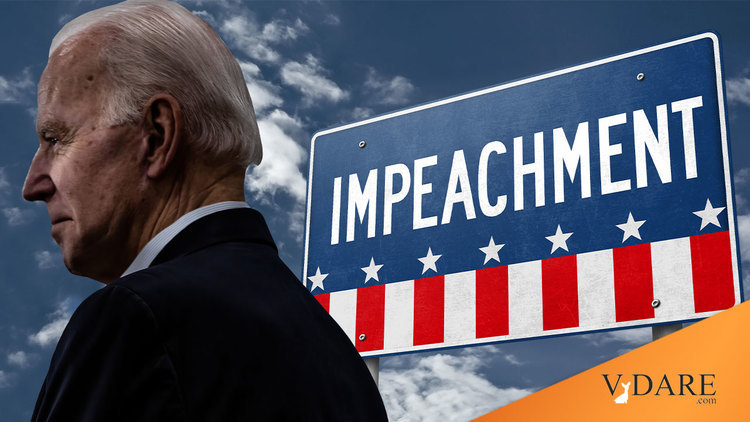 What’s Next For Immigration?

Immigration is the central issue in American politics today. It will animate November’s midterm elections and serve as a litmus test for candidates. But many questions linger about the near future of the political landscape and whether Republicans can get something done on immigration.

Here are my answers to the most pressing questions for immigration patriots.

Will the GOP control Congress after the 2022 midterms?

Barring divine intervention in the favor of Democrats, Republicans should assume the majority in November. Pretty much every sign points towards it. The GOP won a gubernatorial seat in Virginia, where Joe Biden defeated POTUS 45 Trump in 2020 by 10 points. Republicans nearly won a statewide race in the blue fortress of New Jersey. Republicans hold a massive advantage in voter enthusiasm, leading by 17 points, the latest figures say. Last time the GOP had that big an advantage they gained more than 60 seats. But Republicans might not gain that many seats due to advanced gerrymandering done by Democrats. Still, it looks like Republicans will take control of Congress. The Real Clear Politics average of polls for the generic congressional vote has the Republicans ahead by 3.5 points, with the GOP winning by 8 and 9 points in some polls.

This is harder to assume. Republicans won big in 1994 after Bill Clinton’s unpopular first years in office. Gaining eight seats in the Senate and 56 in the House of Representatives, they took control of Capitol Hill for the first time since 1952. Yet Clinton sailed to an easy reelection victory in 1996. But Joe Biden is no Bill Clinton. Biden can’t pivot to the center. He’s also an old man and will be pushing 82 years old in 2024. And signs are, he has dementia. No matter the result of the midterms, Biden will likely continue his disastrous policies because that’s what the Left wants. Worse for Democrats, even a senile Biden is more electable than his vice president, anchor baby Kamala Harris. Harris has one of the lowest approval ratings for a vice president in history. His party can’t hope for a better outcome by replacing him.

However, Democrats may still eke out a victory thanks to Big Tech censorship and election rigging. 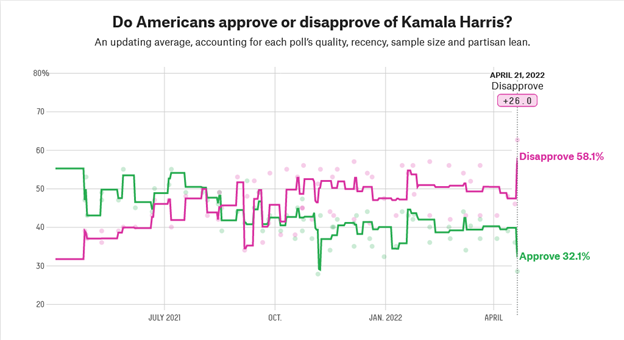 It will be Donald Trump. Unless he is arrested or has a major health setback, the former president will run again and win the nomination. His main issue will be the censorship and deplatforming directed at him. But mounting an effective campaign will be difficult if he can’t post on social media and his ads are banned.

If Trump, why has he stopped mentioning reducing legal immigration?

Are any other possible candidates any good?

Ron DeSantis would be the next best candidate. He also doesn’t discuss legal immigration and it’s unclear if he would endorse a proposal to drastically reduce it. But it’s possible. DeSantis won’t run if Trump does. The candidates who will run against Trump will all be far worse than the former president. Mike Pence, Larry Hogan, Mitt Romney, and Liz Cheney might challenge Trump. None are immigration patriots and they would all run as “moderates” against Trump’s “extremism.”

If Republicans win the midterms, any chance they will impeach Biden? Biden + Harris? Mayorkas?

Republicans will push for this. If the GOP takes back Congress, support for impeachment will be strong. Question is, will leadership go along? House Minority Leader Kevin McCarthy says a GOP majority won’t impeach Biden for “political reasons.” That might seem like the GOP won’t impeach, but Nancy Pelosi also tamped down impeachment enthusiasm among her party colleagues until embracing it in late 2019. McCarthy could easily change his tune with a majority—and if his own side pushes him. Republicans don’t need to bring up impeachment to highlight the border crisis. The party is already campaigning on the issue going into the election.

The catastrophic border crisis and Biden’s other disasters might persuade Republicans to support impeachment, certainly an extraordinary move. But it will only happen if McCarthy knows he has the votes to pass it. Losing that vote would make Republicans look impotent, and likely unable to carry out other threats to rein in Biden’s border treason or anything else.

One certainty is that Republicans will not be able to remove Biden, Harris, or Homeland Security Chief Alejandro Mayorkas from office. No Democrat in the Senate would vote for it and it’s very possible some squishy Republicans—Mitt Romney, for instance—will vote against it. However, that same situation didn’t dissuade Democrats from impeaching Trump twice. More Republicans will push for impeachment as time goes on. Knowing they can’t remove Biden or any of his cronies will make Republicans focus more on impeaching him simply to send a message.

This important issue receives surprisingly little attention. Texas Rep. Brian Babin proposed a bill to eliminate birthright citizenship last year, and 30 cosponsors endorsed it. Some of the sponsors include Paul Gosar, Lauren Boebert, and Andy Biggs. But it has languished in obscurity. Only a few candidates, such as Katie Britt and Joe Kent, have highlighted the issue on the campaign trail. Otherwise, it’s been ignored. That could change with the escalating border crisis. Republicans might realize the problem with allowing pregnant illegals to drop anchor babies and seek to change the law. It all depends on a prominent figure’s drawing attention to it—say Trump or Tucker Carlson, and Republicans would focus more on it.

Will Republicans enact an immigration moratorium?

Probably not. While more Republicans are discussing it—two lawmakers have introduced moratorium bills—it won’t catch on with the rest of the party. Plenty of Republicans have endorsed abolishing birthright citizenship in the past, including Lindsey Graham of all people. But a moratorium hasn’t really animated Republicans like the border wall has. You will see more Republicans discuss it, but it won’t play a major role in Congress in the near future.

No. At least not a grand Amnesty such as the Gang of Eight’s in 2013. Every attempt to pass such a measure failed last year. Democrats couldn’t even sneak Amnesty into the Build Back Better bill. Republicans have wised up and realized that giving legal status to all illegals is a terrible idea. The problem is that many Republicans still support legalizing some. A number of House Republicans backed separate Amnesties for “Dreamers” (illegal aliens who came to the U.S. as minors) and illegal farm workers last year. There’s still a chance Republicans might take up these ideas again, particularly a Dreamer Amnesty. A few Senate Republicans recently met with Senate Democrats to hash out a compromise. If Democrats agreed to a limited Dreamer Amnesty that came with border security measures, Republicans might support such a bill. But Democrats are so beholden to the Left that they refuse to make any concessions on immigration. It’s either a straight Amnesty or nothing at all. This mindset could doom any chances of an Amnesty sellout.

Will Republicans do anything else on immigration?

Yes. If Republicans take back the majority, you will likely see bills to impose mandatory e-Verify, defund sanctuary cities, fund a border wall, and other measures gain significant support. A Republican House would probably pass some of these bills. You might even see a revived RAISE Act, which aimed to reduce legal immigration. They unfortunately would not be signed into law due to Democratic allegiance to open borders, but it would send the right message to the country. You will also see hearings on the border invasion and Biden officials grilled about their failure to do anything about it. You could also see Republicans use the power of the purse to threaten Biden. They could vow to not pass any budgets unless he starts vigorously enforcing federal immigration laws. They could defund refugee resettlement programs and other measures that bring more immigrants to the U.S

Do you see any good candidates in Senate and House races?

Plenty of great immigration patriots are running. The most high-profile are Arizona Senate candidate Blake Masters and Ohio Senate candidate J.D. Vance. Both support reducing legal immigration and make it a key part of their platforms. Both can win their races, with Vance recently receiving Trump’s endorsement. In the Alabama Senate race, two candidates, Mo Brooks and Katie Britt, endorse immigration reduction and other parts of immigration patriotism. Among House candidates, Anthony Sabatini of Florida and Joe Kent of Arizona have both endorsed an immigration moratorium. But Kent has also explicitly disavowed Nick Fuentes and other figures who see racial reality. Kent’s great on immigration, but too ready to cuck.

I'm incredibly honored to have President Trump's support. He was an incredible fighter for hard working Americans in the White House, he will be again, and I'll fight for the America First Agenda in the Senate. https://t.co/s3d3JhTgBC

So, again, immigration will be the issue in November’s midterms 2024’s presidential contest. Republicans no longer publicly entertain Amnesty, and don’t see it as critical to the party’s survival. Instead, more and more see immigration patriotism as the only way to save it.

Washington Watcher II [Email him] is an anonymous D.C. insider.