The Role of VDARE.COM After 9/ll: It's The Immigration, Stupid

I was being interviewed in the Bloomberg studios on the first day of the publicity tour for my notorious book Alien Nation: Common Sense About America's Immigration Disaster when news of the last great terrorist attack, the Oklahoma City bombing, began to flare across the TV monitors.

For a couple of days thereafter, the fear in the eyes of my immigration enthusiast debating opponents was stark. They already knew, after their disastrous defeat in California's Proposition 187 the previous year, that their position had no support whatever in the country at large. Now they were afraid that a popular backlash would rout their elite enforcers.

In the event, of course, the government arrested a native-born American, Tim McVeigh. The elite proclaimed that white militias and "hate radio" talkshow hosts were to blame. Our book tour became a nightmare of cancelled TV appearances and aborted print stories. Under the circumstances, it is testimony to the underlying power of the immigration issue that we garnered the ultimately rather large volume of publicity that we did. Naturally, I have always wondered: what if the perpetrators really had been Arabs?

Well, now the perpetrators – it seems safe to say – really are Arabs. And guess what? Once again, the immigration issue, which was building up nicely has vanished from the establishment media. (But not, however, from talk radio and the internet, bless their little electrons.)

It's almost as if our leaders don't want to talk about immigration.

Yet, to paraphrase the famous slogan of the 1992 Clinton election campaign, "it's the immigration, stupid." It is immigration policy that has imported foreign ethnic conflicts, created impenetrable ethnic enclaves and mafias, diluted vetting procedures to the point where mass murderers can learn their skills here on student visas, overwhelmed the law enforcement agencies and – we will almost certainly learn – reduced the citizenship oath to a sick joke.

As with the immigration restriction of the 1920s, it may be immigrant terror attacks that finally frighten the cheap-labor business lobby into patriotism.

Of course, there is a foreign policy dimension to the September 11 attacks. Reasonable men can disagree about it. John Derbyshire, who wrote most recently for us on how nice countries get illegal immigrants, has argued that the Islamists' antagonism to the West is implacable and must be fought to a finish. Sam Francis, a leading immigration reform thinker whose syndicated column we always run because it appears to have been a victim of political correctness on establishment "conservative" sites, points out that the U.S. has, perhaps carelessly, done much to stir up this antagonism abroad.  Paul Craig Roberts endorses retaliation but argues that U.S. policies at home, such as immigration, have prepared the way for terrorism.

VDARE.com is not a full-service webzine. We focus on immigration and the National Question because we believe they are no longer covered in the establishment media, liberal or "conservative".  Generally, we think that revenge is a dish best eaten cold. But we don't intend to get into the foreign policy debate - except to say that we favor as much American victory as possible.

We are here to point out that, unlike chasing alleged terrorist leaders around Afghanistan with airborne missiles, immigration policy actually offers concrete ways in which America can be defended. The borders can be sealed. Illegals can be expelled. Alien enclaves can be assimilated. And the mounting destabilization of America's political order can be stopped - even reversed.

Only a few commentators, like the redoubtable Tom Sowell, have recognized this immigration dimension. It is our job to hammer home the simple message:

IT'S THE IMMIGRATION, STUPID! 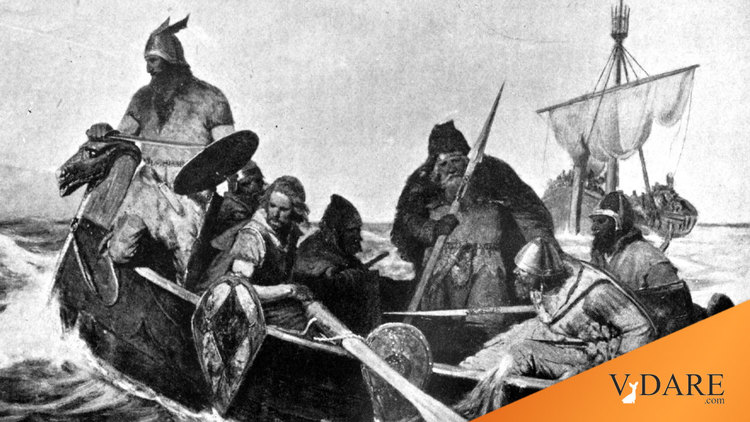