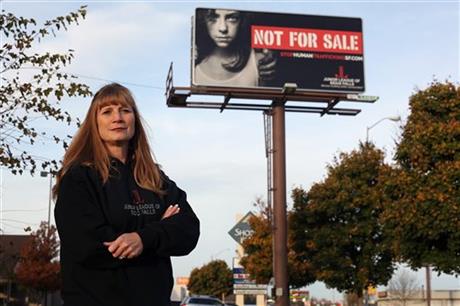 Remember Rotherham?—the Northern English industrial town where a Pakistani immigrant rape ring was covered up by the authorities for fear it would vindicate the British National Party? Well, guess what…

SIOUX FALLS, S.D. (AP) — It was an anonymous two-story house with an outdoor side staircase, nothing that looked ominous to Kevin Koliner when he passed by going to and from work. On one evening stroll, the federal prosecutor heard loud noises but figured it was just a party. Later, he'd discover the ugly truth.

In a squalid second-floor apartment, just blocks from the U.S. attorney's office, Mohammed Sharif Alaboudi ran a violent sex trafficking ring, preying on young, troubled women. He plied them with drugs and alcohol, gave them clothes and a place to stay, and forced them to engage in sex acts with strangers. Prosecutors dubbed his place a "house of horrors."

The case of Alaboudi, now serving four life terms, offers a glimpse into how the feds are waging an aggressive campaign to root out the illicit sex trade lurking in this seemingly unlikely locale: a low-crime state dotted with sleepy hamlets.

"We're just a friendly state and I think traffickers see this as a trusting place and think, 'They're never going to catch me. They're not so bright,'" says Jenise Pischel, program coordinator at Our Home Inc., a private non-profit that has helped trafficked girls, including a 14-year-old in the Alaboudi case. "Well, we seem to be catching an awful lot of them."

In recent years, the feds have pursued about 50 sex trafficking cases, three resulting in life sentences. Bolstered by state and local authorities, they're also getting support from Native American tribes, church groups and the Junior League.

The cases have ranged from predator stings at the last three Sturgis motorcycle rallies to busts of lucrative businesses that have transported girls as young as 14 to cities around the Midwest. Police also have detected a circuit some traffickers travel that includes the Bakken oil fields in North Dakota.

Most traffickers have been transplants with criminal records; two serving life were reputed Chicago gang members. Customers, or those caught in stings, have ranged from a Texas air traffic controller nabbed at Sturgis after answering a bogus online ad offering sex with a 12-year-old (his sentence: 15 years) to a Lamborghini-driving local doctor who prescribed illegal Oxycodone to a trafficker (his punishment: 22 months.)

While trafficking exists around the nation, there's something distinctive about South Dakota: About half the women in the federal cases have been Native American, a particularly vulnerable population.

"You've got poverty, you have high, high rates of sexual abuse, which is often a precursor to prostitution and you have just a sense of desperation on the reservation in terms of day-to-day life," says Sarah Deer, a law professor at William Mitchell College in Minnesota and an expert on domestic violence in Native American communities.

Of course, the “sexual abuse” that makes Indian girls vulnerable to is perpetrated by their fathers, brothers and uncles, who are also Indians. Alcoholism isn't simply caused by social conditions—it's partly hereditary, which is why it it's endemic in Indian communities.

Cohen nowhere mentions the perps’ race or the words “immigrant” or “refugee.” But, as in Rotherham, it's mass non-traditional immigration that exposed Indian girls to a sex trafficker named Mohammed Sharif Alaboudi. The FBI, vigilant in guarding the nation from "racism", if not terror or immigrant crime, described him as a, yes, "Sioux Falls Man"  [Sioux Falls Man Sentenced To 30 Years For Child Sex Trafficking, July 15, 2013]. But he’s actually an Iraqi “refugee”: 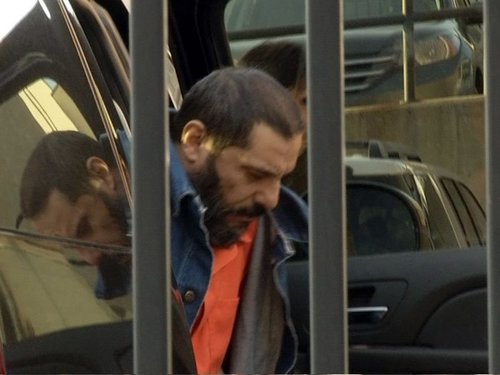 When asked through his Arabic translator whether he understood that he could appeal his sentence, Alaboudi launched into a tirade, blaming the FBI for bringing him to this moment. 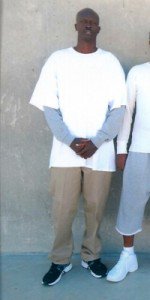 A co-accused with Alaboudi is named Emmanuel Nyuon, pictured right. His PrisonInmates profile, where you can write to him if you're the kind of lady depicted in the Tracy Ullman sketch where she marries the Wet-Wipe Killer, says he's a

Currently writing a book about the war in Sudan.

Nyuon is a Sudanese name, and Emmanuel is the right age to be one of the infamous "Lost Boys Of Sudan,” 3800 of whom were admitted to the U.S. in 2001. (We did article about that, in 2000: They're Killers. They're HIV-Positive. And Guess What?….(The answer to "Guess what?" was "They're coming here." and they did—see African Kidnap Gang Sentenced in Virginia.)

Perhaps Sharon Cohen doesn’t mention immigration, or anyone's race but that of the victims, because the AP Stylebook, used not only by the Associated Press, but by many other Main Stream Media organizations, says that race should only be mentioned when it's "pertinent". This means, as I've written before, that "the “first black” to do something good is relevant. The thousandth black to commit an armed robbery is not."

However, Cohen does write that some of the traffickers were "transplants with criminal records; two serving life were reputed Chicago gang members."

That's not just an assumption—while the main picture provided by the AP (above) is a Nice White Lady from the Junior League in front of a billboard, if you dig in, you see a picture of Brandon Quincy Thompson: 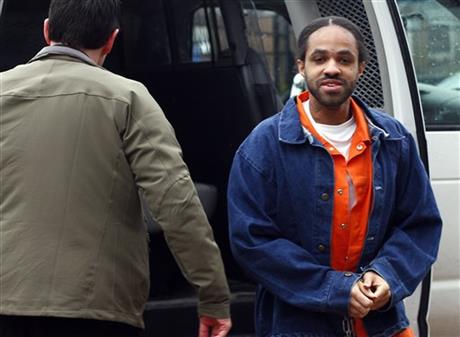 Thompson is, according to the AP

described by federal prosecutors as a former Chicago gang leader who lured many prostitute recruits by hanging out at a gas station next to a local alternative high school. He controlled about 20 young women, advertising them online. Thompson was sentenced in 2011 to life in prison after pleading guilty to sex trafficking and solicitation to murder a federal witness.

Did the police not notice that there was a black guy from Chicago in the middle of South Dakota? (South Dakota is a little over 1 percent black, 8.5 percent American Indian).

Well, if they did, they've been conditioned not to notice it from Grade 5, when a teacher assigned them to read the book In The Heat Of The Night, and showed the movie with Sidney Poitier. Then, of course, in Grade 6, they got To Kill A Mockingbird... 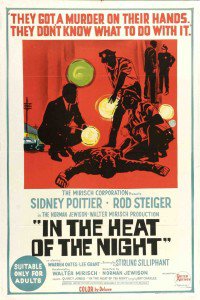 Briefly, if you escaped these in school, the story of In The Heat Of The Night involves a racist police officer who is suspicious of a strange black man (Sidney Poitier) in a Southern town, found with a large amount of money. It turns out that the strange black man is a high-IQ Homicide detective from Pasadena, CA, who solves what turns out to be a white-on-white murder. (The money is his salary—more than Southern cops would have made.)

To Kill A Mockingbird features an innocent black man who is accused of assaulting and raping a white girl. Actually, she had tried to seduce him, and she was assaulted by her own father—another white-on-white crime.

None of this bears much resemblance to the actual crime we see in real life—it's fiction, with a social purpose.

The AP's decades’-long suppression of race has a "social purpose" too. And it's not pretty.