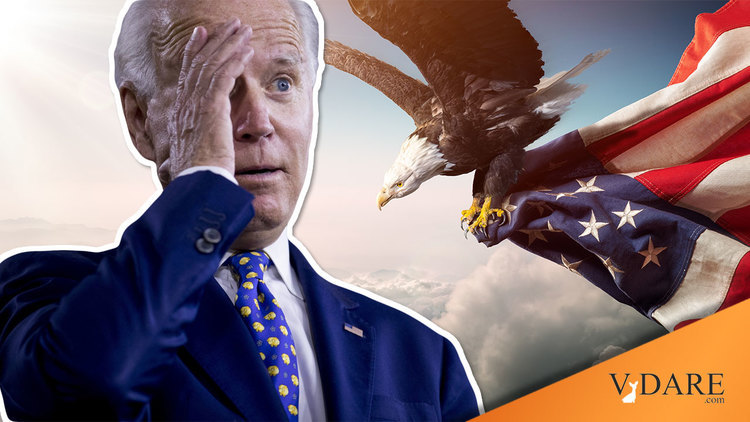 Earlier by Patrick J. Buchanan: What Is America's Cause in the World?

So said President Franklin D. Roosevelt of Nicaraguan dictator Anastasio Somoza, and how very American. For, from its first days, America has colluded with autocrats when the national interest demanded it.

George Washington danced a jig in 1778 when he learned that our diplomats had effected an alliance with France's King Louis XVI. The alliance, he knew, would be indispensable to an American victory.

In April 1917, the U.S. went to war "to make the world safe for democracy" in collusion with four of the world's greatest empires: the British, French, Russian and Japanese. All four annexed new colonial lands and peoples from the victory for democracy we were decisive in winning.

In World War II, we gave massive military aid to Joseph Stalin's USSR, which used it to crush, conquer and communize half of Europe.

Antonio Salazar, dictator of Portugal, was a founding member of NATO. During the Cold War, we allied with autocrats Syngman Rhee of South Korea, Ferdinand Marcos of the Philippines, the shah of Iran and Gen. Augusto Pinochet of Chile. The second largest army in NATO is under the autocratic rule of Turkish President Recep Erdogan.

Our major allies in the Arab world are Egypt's Gen. Abdel Fattah al-Sisi, who overthrew a democratically elected president, Mohamed Morsi, and the various kings, princes, sultans and emirs along the Persian Gulf.

Yet, President Joe Biden has defined the global struggle as between democracy and autocracy and said, "Democracy will and must prevail."

"We agree with that strategic vision," echoed the Washington Post.

But is this an accurate depiction of great power rivalry today?

If the autocratic-democratic divide is the fault line, on which side do Erdogan, Sisi and Saudi Crown Prince Mohammed bin Salman fall?

Are we really in an ideological war with Vladimir Putin's Russia today, as we were during the Cold War with Stalin's USSR?

We have quarrels with Putin over Crimea and the Donbas, and he wants to keep Ukraine and Georgia from joining NATO. But where is the evidence that Putin seeks to change our democratic form of government into an autocracy?

Putin's objections to us are to our policies, not our democracy.

Back in the 1950s, Nikita Khrushchev had boasted that America's grandchildren would live under Communism. When has Putin proclaimed any such grand ideological Kremlin goal?

Is our quarrel with China ideological in character?

China is a great and growing economic and military power, with quarrels with most of its neighbors.

It has trade issues with Australia; a border dispute with India in the Himalayas; and differences with Vietnam, the Philippines and four other nations over who owns the islets in the South China Sea. China also claims Taiwan and the Senkaku Islands occupied by Japan.

But with the exceptions of Taiwan and Hong Kong, which it claims as sovereign Chinese territory, Beijing has not pressed any nation to adopt a political system similar to that of China's Communist Party.

Beijing's quarrel with us is not that America is "a democracy." China's objections are that we block its ambitions and back the nations of South Asia and Southeast Asia that thwart its strategic goals.

The quarrel is not ideological, but political and strategic.

Why, then, turn it into a war of systems? Where is the evidence that Beijing is trying to communize her neighbors, or change their political systems to conform to her own?

However, there is considerable evidence to demonstrate that the United States actively seeks to subvert the rule of Putin in Russia.

Though Putin's Kremlin is accused of having hacked the Democratic National Committee and Hillary Clinton's campaign in 2016, even if true, how would that compare with U.S. interference today in the internal affairs of Russia?

Are Radio Liberty/Radio Free Europe objective and neutral in their coverage in Russia? Do the many nongovernmental organizations and the National Endowment for Democracy take a hands-off approach to the internal politics of Russia?

What did the Kremlin do to advance the political ambitions of Donald Trump to compare with what our diplomatic and governmental institutions and quasi-government agencies appear to be doing to undermine Putin and advance the candidacy of Alexei Navalny?

If American democracy is in an ideological war with Russia, who is on the offensive here? Who wishes to change whose political system?

"The U.S. national interest and the promotion of democracy, or at least political stability, abroad are not so easily separated," writes the Washington Post.

But where did America acquire the right to interfere in the internal affairs of other nations to change them to conform to our own?

If our goal is to democratize Russia and China, i.e., change their political systems to conform more closely with our democratic one, is that not tantamount to a declaration of ideological war by us?

Is this not the essence of ideological warfare?

And who, then, is the aggressor in this new ideological war?