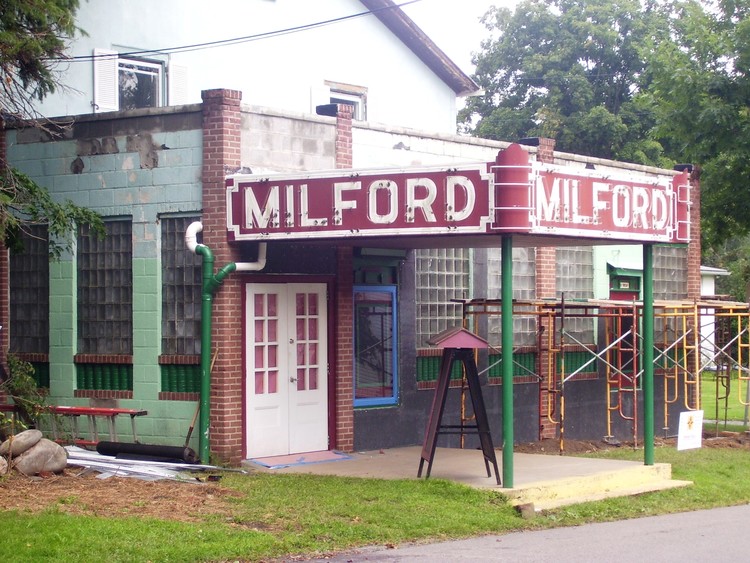 It was said behind closed doors to the chablis-and-brie set of San Francisco, in response to a question as to why he was not doing better in that benighted and barbarous land they call Pennsylvania.

Like Dr. Schweitzer, home from Africa to address the Royal Society on the customs of the upper Zambezi, Barack described Pennsylvanians in their native habitats of Altoona, Aliquippa, Johnstown and McKeesport.

"You go into these small towns in Pennsylvania and ... the jobs have been gone now for 25 years and nothing's replaced them.

"And it's not surprising then they get bitter, they cling to guns or religion or antipathy to people who aren't like them or anti-immigrant sentiment or anti-trade sentiment as a way to explain their frustrations." [Read | Listen]

This is the pitch-perfect Hollywood-Harvard stereotype of the white working class, the caricature of the urban ethnic—as seen from the San Francisco point of view.

As Linus clung to his security blanket, Barack is saying, out-state Pennsylvanians, bitter at the world that has passed them by, cling to their Bibles and guns and naturally revert to ancestral bigotries against "people who aren't like them"—blacks, gays and immigrants.

Though he sees himself as a progressive who has risen above prejudice, Barack was reflecting and pandering to the prejudice of the class to which he himself belongs, and which he was then addressing.

A few months back, Michelle Obama revealed her mindset about America with the remark that, "for the first time in my adult lifetime, I'm really proud of my country." Barack has now revealed how he, too, sees the country. The Great Unifier divides the nation into us and them.

The "us" are the privileged cosmopolitan elite of San Francisco and his Ivy League upbringing. The "them" are the folks in the small towns and rural areas of that other America. Toward these folks, Obama's attitude is not one of hostility, but of paternalism. Because time has passed them by, Barack believes, they cannot, in their frustration and bitterness, be held fully accountable for their atavistic beliefs and behavior.

Though neither mocking nor malicious, Barack's remarks are, nonetheless, steeped in condescension. Inherent in his words is that these folks in Middle Pennsylvania are in need of empathy, education, assistance and perhaps therapy.

His remarks are of a piece with his address on civil rights that liberals have compared favorably to Lincoln's Second Inaugural.

Note, from that Philadelphia address, the highlighted words.

"Most working- and middle-class white Americans don't feel that they have been particularly privileged by their race ... as far as they're concerned, no one's handed them anything. ... They ... feel their dreams slipping away ... opportunity comes to be seen as a zero sum game, in which your dreams come at my expense.

In Barack's mind, black anger and resentment at "racial injustice and inequality" are "legitimate." But the anger and resentment of white folks, about affirmative action, crime and forced busing are born of misperceptions—and of "bogus claims of racism" manipulated and exploited by conservative columnists and commentators to keep the racial pot boiling and retain power, so the right can continue to do the bidding of the corporations that are the real enemy.

Barack has stumbled into the eternal failing of the left-wing populist. He cannot concede that the anger of white America—that its right to equal justice has been sacrificed to salve the consciences of guilt-besotted liberals—is a legitimate anger. The truth that Barack dare not speak is that reverse discrimination is pandemic and that the folks in Middle Pennsylvania have a valid grievance that ought to be addressed.

So, Barack sought in Philadelphia to redirect their anger.

"(T)hese white resentments distracted attention from the real culprits of the middle class squeeze—a corporate culture rife with inside dealing, questionable accounting practices and short-term greed; a Washington dominated by lobbyists and special interests; economic policies that favor the few over the many."

Barack is not wrong here. Corporations, out of naked greed, have deserted America. And the Clinton and Bush administrations have been unresponsive to the social impact of deindustrialization. But Barack cannot concede that white Americans are today's victims of state-sanctioned racism.

A gifted candidate, Barack, after stumbling for 48 hours, has regained his footing with his witty ripostes about Hillary being "Annie Oakley" with her "six-shooter," spending her Sunday mornings "out on the duck blind."

Obama's remarks about small-town America told us little about small-town America, but a lot about Barack. He is yet another cookie-cutter liberal who has absorbed and internalized the prejudices of that blinkered breed. He is an African-American John Lindsay, the great liberal hope of the Nixon-Agnew era, of whom Frank Manckiewicz once said: He was the only populist he knew who played squash every day at the Yale Club.

Patrick J. Buchanan needs no introduction to VDARE.COM readers; his book State of Emergency: The Third World Invasion and Conquest of America

, can be ordered from Amazon.com. His latest book is Churchill, Hitler, and "The Unnecessary War": How Britain Lost Its Empire and the West Lost the World,