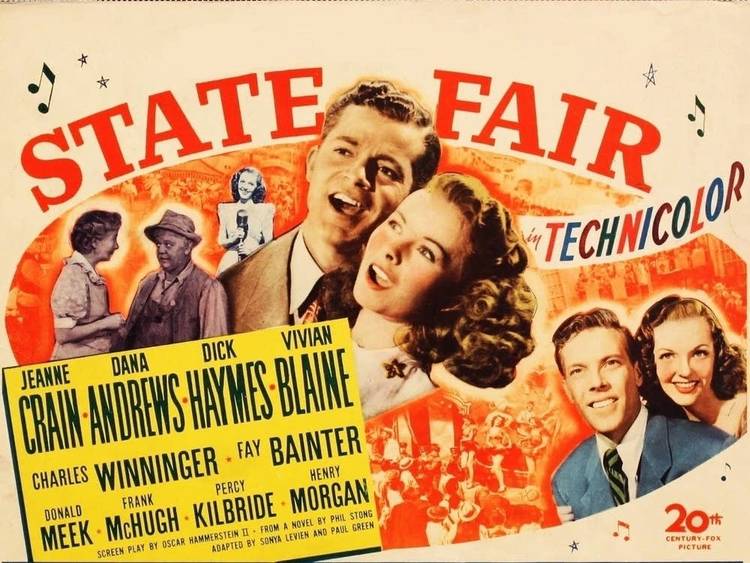 Diversity Is Weakness—Even At State Fairs

Over the last couple of years, in an important but unheralded win for our side, the annual California State Fair, which ended September 5, has abandoned its "cultural days."

Think of it: the year's biggest function in California has given up multicultural days!

Without fanfare, gone are the special days dedicated to Latinos, Asian Pacific Islanders and Blacks.

The decision to drop the Politically Correct special days was quietly made—with the official explanation that California's diversity will now be celebrated every day during the fair.

"California is one of the most diverse states in our country. No matter what day you come to the State Fair, you'll find something cultural and educational to enjoy." [Press release]

The harsh reality is quite a bit less happy. Ethnic days at the state fair, whose nickname is "Big Fun", had become anything but.

An outing at Cal Expo should be highlighted by typical fair activities like riding the Ferris wheel or eating cotton candy. Instead, on a cultural day, a fair-goer had the distinct possibility of having his car vandalized, witnessing a gang stabbing or being randomly punched in the face.

Black Culture Day was the most feared. One journalist, David Klein classified it as "somewhere between 'melee' and 'riot.'"

Efforts to minimize the risk of violence by closing the fair early on its last day, and imploring the youth to "Cool It Down", failed abjectly. ("Violence at Black Culture Days Must Be Addressed," David Klein, Metropolitan News-Enterprise, September 16, 2003)

The overriding reason to end cultural days certainly revolved around the safety of the attendees. As someone who regularly attends the fair, I find it easier not to have to check what "Day" was being celebrated before I made my plans.

But someone on the state appointed Board of Directors must finally have realized that it is bad business to designate one day for a particular ethnicity, thereby dramatically reducing the chances that anyone from any other ethnicity is going to show up on that same day.

And the board surely grew weary of demands that other ethnic days…like Russian Day as an example…be added.

California took about twenty-five years to wake up to the foolishness of cultural days.

But will states just beginning to see large increases in their ethnic populations learn from our mistakes?

Or will they, as is more likely, forge blindly ahead on the path to headaches and violence?

I'm thinking specifically about Indiana with its small but rapidly growing Hispanic base.

Klotz pointed to the presence of Mexican pop star Jennifer Pena at Hispanic and Christian Contemporary Music Day as one example of the state's efforts to attract a more diverse audience. ("Hitting the Right Notes for Cultural Diversity," Tania Lopez, Indianapolis Star, August 15, 2005)

Since attendance was down at this year's Indiana fair, I can almost hear the brainstorming.

"We have to reach out; we need more multicultural attractions. That will help us sell more tickets," the thinking will go.

But that's a mistake. Valid reasons completely unrelated to the lack of cultural events account for this year's smaller turn out in Indiana…namely record gas prices and the bad news weather combination of high heat and rain.

I asked Cheree Calabro, Porter County Director of Indiana Federation for Immigration Reform and Enforcement what she thought the prevailing attitude in her state would be toward "reaching out."

IFIRE, which has lobbied successfully against use of the Individual Tax Payer Identification Number to allow illegal aliens to get home mortgages, is the Indiana Chapter for the Minuteman Project. ("Bank Calumet Opens Home Ownership to Illegal Immigrants," Keith Benman, Northwest Indiana Times, August 17, 2005)

"Hoosiers are getting wise to the fact that the state often means 'illegal aliens' when it refers to minorities.  This so-called  'reaching out' usually involves 'reaching into' our pocketbooks first."

The irony is that a debate about the validity of cultural days at state fairs isn't  necessary.

In her Indiana Star story cited above, reporter Lopez wrote that Klotz identified the fair's main mission is

"To highlight issues in agriculture and educate the public about them."

Why dilute the "main mission"—especially if it creates conflict?

"Most Hoosiers are still idealistic regarding immigration. Hispanics constitute a rapidly growing but tiny percentage of the population. California, however, has seen Indiana's future, and it doesn't work."