Update: The Hill reports that Ann Coulter plans to speak in the open air at Sproul Plaza on Thursday.

It’s not clear, as we go to pixel, whether Ann Coulter’s Berkeley address is going ahead Thursday. What is clear: the alleged necessity to curtail free speech is, in the tweet of Cato Institute’s Walter Olson, “steadily catching on as the elite view”, e.g. What ‘Snowflakes’ Get Right About Free Speech, by Ulrich Baer, New York Times, April 24, 2017; Why Colleges Have a Right to Reject Hateful Speakers Like Ann Coulter, by Aaron R. Hanson, New Republic, April 24, 2017. It’s a salutary reminder that, whatever President Trump’s failures, a President Clinton would have unquestionably meant a drift to anti-“hate speech” totalitarianism as in Canada and Europe. And the Main Stream Media would have applauded.

Venezuela’s socialist President Hugo Chavez once said: “I am not myself, I am the people.” Like many dictators, he viewed himself as embodying his constituents. [The Missionary Politics of Hugo Chávez, by José Pedro Zúquete, Latin American Politics and Society, Spring 2008]. An attack on the leader becomes an attack on the people.

The MSM similarly views itself as embodying “the press” that the Founders envisioned the First Amendment would protect. Thus, in its view, any “attack on”—a.k.a criticism of—the MSM bellwether New York Times is an attack on the “Freedom of the Press.”

Free Speech Defenders Don't Forget: Ann Coulter once said: My only regret w/ Timothy McVeigh is he did not go to the New York Times building

is just another example of the MSM’s self-important and anti-democratic self-conception, which has intensified since the rise of Trump.

Trump himself has noted that “they say that we can’t criticize their dishonest coverage because of the First Amendment.”  The New York Times pompously editorialized in response that the “First Amendment can be inconvenient for anyone longing for power without scrutiny. Mr. Trump might want to brush up on what it means, and get used to it” [Barring the White House Press Corps From the White House, February 24, 2017]

With this background, let’s further consider Greenhouse’s comments.  While his Tweet prompted former Democratic National Committee chairman Howard Dean to claim that falsely Coulter’s “hate speech” was not constitutionally protected, Greenhouse clarified that Coulter’s joke did not revoke her First Amendment rights, but "it's more than a little hypocritical for Ann Coulter to suddenly portray herself as a 'champion' of free speech."

Greenhouse also called it an “horrid attack/assault on NYT and freedom of the press,” which (of course) he sees as one and the same. And he asked “why would intelligent students invite such a hateful hate-monger.” (Are there any Hatemongers who aren’t hateful?)

Perhaps I’m giving Greenhouse too much credit in trying to distill any logical consistency from his tweets. But he appears to be saying that, while Ann’s joke was constitutionally protected,

But at the Comedy Central Roast of Rob Lowe, a variety of comedians and b-list celebrities called Coulter a Klansman, a Nazi and made other knee-slappers like "The only person you will ever make happy is the Mexican who digs your grave,” and "Ann Coulter is one of the most repugnant, hateful bitches alive — but it's not too late to change, Ann. You could kill yourself". [Here's 10 of the most brutal jokes about Ann Coulter from 'The Roast of Rob Lowe', by Erin Strecker, Mashable, September 6, 2016]

Especially given that many of these same people view violence against “Nazis” acceptable, their tirades seems far more likely to lead to violence—yet somehow Greenhouse never objected to this example of “horrid attack/assault.”

And, unlike the New York Times, Coulter faces very real threats of violence from her political opponents. Indeed, Berkeley tried to justify cancelling her speech precisely because of "very specific intelligence regarding threats that could pose a grave danger to the speaker" [UC Berkeley Will Now Allow Ann Coulter to Speak in May, by Jocelyn Gecker, Associated Press, April 20, 2017]  While Ann commented that these jokes were not funny, she did not suggest that these would lead deranged people to commit violence against her.

But Coulter does not seriously want to censor or physically harm New York Times reporters.

And even if this were the case, the NYT does not apply this principle to other opponents of free speech. 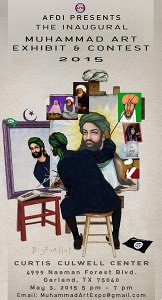 Thus it editorialized [August 3, 2010] that the proposed Ground Zero mosque was “A Monument to Tolerance,” and those who opposed it were rejecting “principles of freedom and tolerance,” without questioning whether the Muslim groups who supported the Mosque held liberal democratic views.  Conversely, however, it does not extend this forbearance to critics of Islam. After jihadists tried to shoot up the Muhammad Art Exhibit and Contest in Garland, TX, the NYT editorialized that the victims were falsely claiming to champion free speech and were actually exercising “bigotry and hatred posing as a blow for freedom” [Free Speech vs. Hate Speech, May 6, 2015].

By Greenhouse’s logic, this belief that “bigotry and hatred” i.e. opinions the New York Times dislikes are excluded of “free speech” should take away the its moral authority to call itself a champion of the First Amendment.

Ann Coulter is the author of 12 bestselling books—including Adios America, which very likely prompted Donald Trump to take up immigration control as his signature campaign issue. As David Frum has observed: “Perhaps no single writer has had such immediate impact on a presidential election since Harriet Beecher Stowe.” Even if you strongly disagreed with her, anyone interested in immigration policy should want to hear her perspective.

Greenhouse, however, is upset that Coulter has this influence. He wants to shame conservative college students from inviting Coulter to speak. I doubt they will pay attention, but unfortunately, many businessmen, social media platforms, hotels, television networks etc. have far weaker spines than these students and will fold.

Yes, private journalists pressuring private companies to shut down dissident speech is not a First Amendment violation because it involves no state action. However, the principles of free speech are bigger than the First Amendment. And in this respect, the Establishment press is doing far more to threaten free speech than one mean Ann Coulter joke.

But regardless of whether they win, Greenhouse and the rest of the  #failingnewyorktimes show that Americans will not have true freedom of speech until they have broken the “Opposition Party” media’s power to anathematize and intimidate their political opponents.