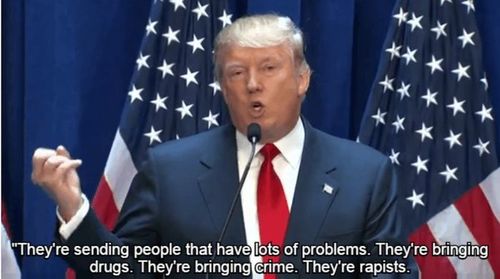 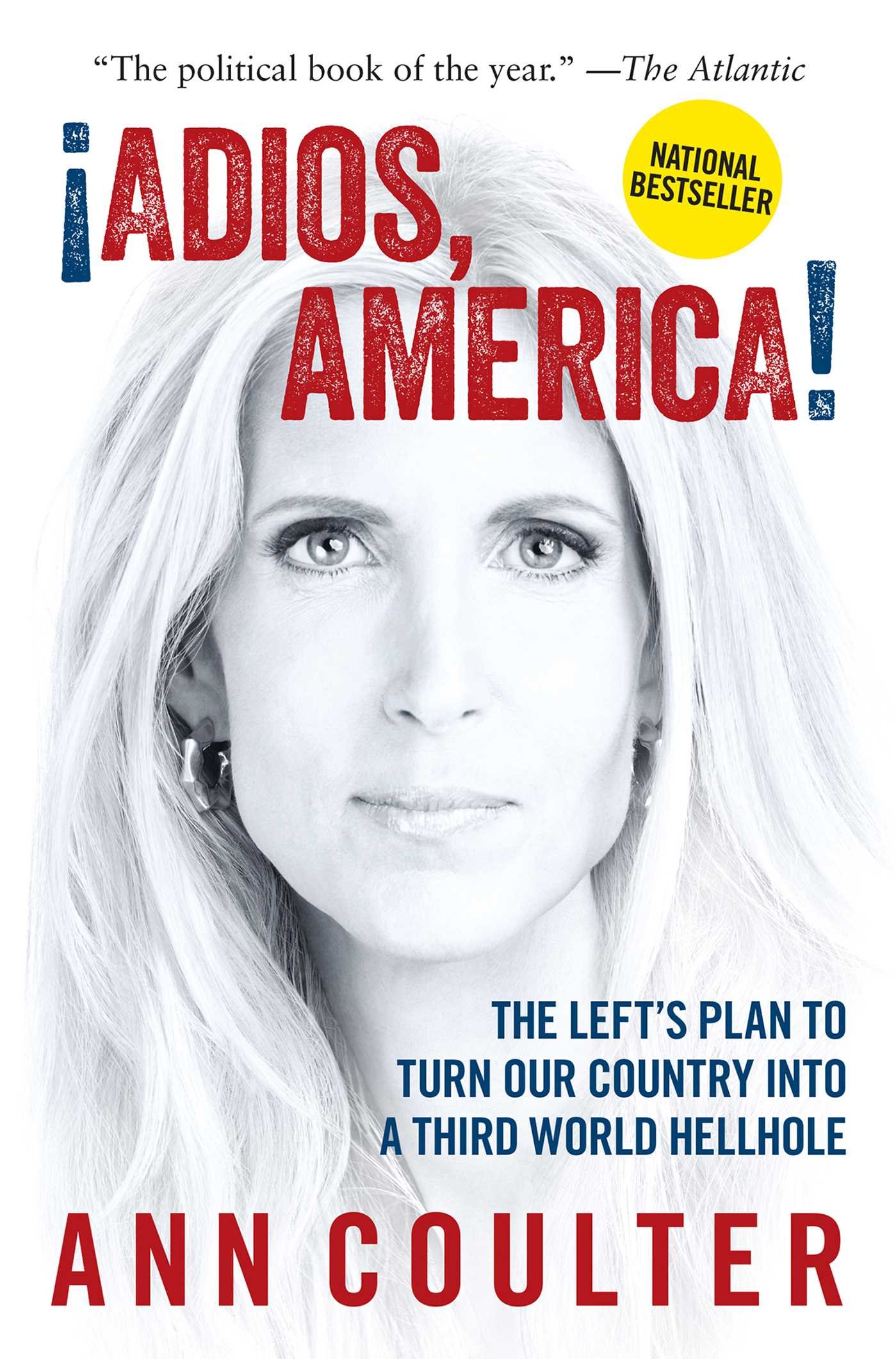 When Donald Trump said something not exuberantly enthusiastic about Mexican immigrants, the media's response was to boycott him. One thing they didn't do was produce any facts showing he was wrong.

The first thing a news fact-checker would have noticed is: THE GOVERNMENT WON'T TELL US HOW MANY IMMIGRANTS ARE COMMITTING CRIMES IN AMERICA.

Wouldn't that make any person of average intelligence suspicious? Not our media. They're in on the cover-up.

A curious media might also wonder why any immigrants are committing crimes in America. A nation's immigration policy, like any other government policy, ought to be used to help the people already here—including the immigrants, incidentally.

It's bad enough that immigrants, both legal and illegal, are accessing government benefits at far above the native rate, but why would any country be taking another country's criminals? We have our own criminals! No one asked for more.

Instead of counting the immigrant stock filling up our prisons, the government issues a series of comical reports claiming to tally immigrant crime. The Department of Justice relies on immigrants' self-reports of their citizenship. The U.S. census simply guesses the immigration status of inmates. The Government Accounting Office conducts its own analysis of Bureau of Prisons data.

But there are clues! Only about a quarter of California inmates are white, according to a major investigative piece in The Atlantic last year—and that includes criminals convicted in the 1960s, 1970s and 1980s, when the vast majority of California's population was either black or white.

Do immigration enthusiasts imagine that more than 75 percent of the recent convicts are African-American? Blacks have high crime rates, but they make up only about 6 percent of California's entire population. A casual perusal of the "Most Wanted" lists also suggests that the government may not have our best interests in mind when deciding who gets to live in America.

Here is the Los Angeles Police Department's list of "Most Wanted" criminal suspects:

The full "Most Wanted" list doesn't get any better.

There aren't a lot of Mexicans in New York state—half of all Mexican immigrants in the U.S. live in either Texas or California—and yet there are more Mexican prisoners in New York than there are inmates from all of Western Europe.

As for the crime of rape specifically, different groups have different criminal proclivities, and no one takes a backseat to Hispanics in terms of sex crimes.

The rate of rape in Mexico is even higher than in India, according to Professor Carlos Javier Echarri Canovas of El Colegio de Mexico. A report from the Inter-American Children's Institute explains that in Latin America, women and children are "seen as objects instead of human beings with rights and freedoms." [PDF]

The only reason our newspapers aren't chockablock with reports of Latino sexual predators is that they are too busy broadcasting hoax news stories about non-existent gang-rapes by white men: the Duke Lacrosse team (Crystal Gail Mangum), University of Virginia fraternity members (Jackie Coakley) and military contractors in Iraq (Jamie Leigh Jones).

In fact, the main way we find out about Hispanic rapists is when the media report on dead or missing girls—hoping against hope that the case will never be solved or the perp will turn out to look like the rapists on "Law and Order." When it turns out to be another Latino rapist, that fact is aggressively suppressed by the media.

New Yorkers were horrified by the case of "Baby Hope," a 4-year-old girl whose raped and murdered body turned up in an Igloo cooler off of the Henry Hudson Parkway in 1991. After a 20-year investigation, the police finally captured her rapist/murderer in 2013. It was Conrado Juarez, an illegal alien from Mexico, who disposed of the girl's body with the help of his illegal alien sister.

New York City is the nation's media capital. But only The New York Post reported that the child rapist was a Mexican.

In 2001, the media were fixated on the case of Chandra Levy, a congressional intern who had gone missing. All eyes were on her boss and romantic partner, Democratic congressman Gary Condit. Then it turned out she was assaulted and murdered while jogging in Rock Creek Park by Ingmar Guandique—an illegal alien from El Salvador.

There was a lot of press when three Cleveland women went missing a decade ago. By the time they escaped in 2013 from the sick sexual pervert who'd been holding them captive, it was too late for the media to ignore the story. The girls hadn't been kidnapped by the Duke Lacrosse team, but by Ariel Castro.

Now, get this: While investigating Castro, the police discovered that he wasn't the only Hispanic raping young girls on his block. (All in all, it wasn't a great street for trick-or-treating.)

Castro's erstwhile neighbor, Elias Acevedo, had spent years raping, among many others, his own daughters when they were little girls. The New York Times' entire coverage of that case consisted of a tiny item on page A-18: "Ohio: Life Sentence in Murders and Rapes."

The media knew from the beginning that the monstrous gang-rape and murder of Jennifer Ertman, 14, and Elizabeth Pena, 16, in Houston in 1993 was instigated by Jose Ernesto Medellin, an illegal immigrant from Mexico. But over the next decade, with more than a thousand news stories on that case, the fact that the lead rapist was a Mexican was not mentioned once, according to the Nexis archives.

Only when Medellin's Mexicanness was used to try to overturn his death sentence did American news consumers finally find out he was an illegal alien from Mexico. (After years of wasted judicial resources and taxpayer money being spent on Medellin's appeals, he will now be spending eternity way, way south of the border.)

Who is this media cover-up helping? Not the American girls getting raped. But also not the Latina immigrants who came to the U.S., thinking they were escaping the Latin American rape culture. So as not to hurt the feelings of immigrant rapists, the media are willing to put all girls living here at risk.

No wonder the media is sputtering at Trump. He broke the embargo on unpleasant facts about what our brilliant immigration policies are doing to the country.

Ann Coulter is the legal correspondent for Human Events and writes a popular syndicated column for Universal Press Syndicate. She is the author of TEN New York Times bestsellers—collect them here.

Her most recent book is Never Trust a Liberal Over Three-Especially a Republican.Her new book, ¡Adios America! The Left’s Plan To Turn Our Country Into A Third World Hell Hole, was released on June 1, 2015.