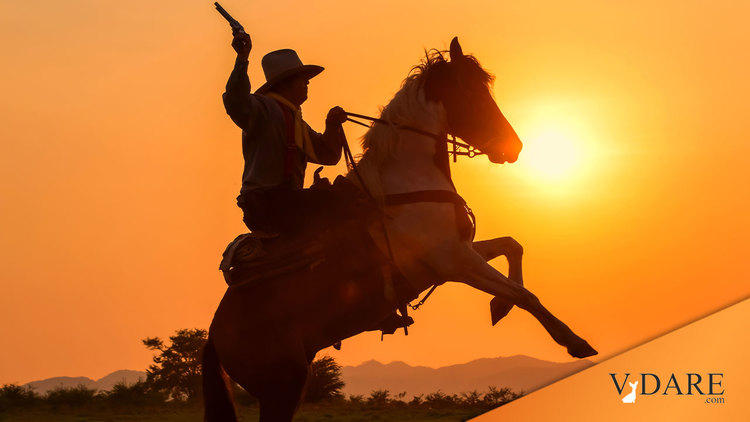 Happy Juneteenth! I hope you all had a lovely week celebrating the nation’s newest federal holiday, which commemorates the end of slavery throughout the Confederacy.

How could you not? The media was chock-a-block with commentators telling us what a fantastic, transformative event for our nation this was. But the media ignored the best part of all!

What Juneteenth commemorates is not technically the abolition of slavery, but the notification thereof to a particular group of slaves.

Although President Lincoln officially ended slavery with the Emancipation Proclamation on Jan. 1, 1863, it wasn’t until two years later, on June 19, 1865, that the slaves of Galveston, Texas, got the news, when Maj. Gen. Gordon Granger rode into town and issued a series of proclamations announcing that the hideous institution had been abolished and, henceforth, slaves would be considered hired labor.

This takes Juneteenth to a whole new level. Think of all the new federal holidays we could create using Juneteenth as our template! (Anyone who’s dealt with the federal government knows that those workers well deserve another paid day off.) We just need horsemen to ride around the country, correcting the errors of those who falsely believe something bad about America.

Thus, for example, next month we should have some bright young fellow gallop up to a BLM rally, Gen. Granger-style, dismount and announce:

I come with good news! Systemic racism no longer exists! It was done away with by the 1964 Civil Rights Act and parts of the 1965 Voting Rights Act! Any victims of racism today can demand remedies in federal court!

And with a hardy “Hi-De-Ho,” our hero would ride off to the next BLM rally, as the march participants disband and hold a celebratory brunch. The date would be remembered each year as the Julyteenth holiday.

Then in August, we’ll send men on horseback to MSNBC with this proclamation:

Trump isn’t going to run for president again! Republicans aren’t afraid of him! They don’t kiss his ring half as much as Democrats kiss Al Sharpton’s ring and parts posterior. As soon as you guys denounce Sharpton, they’ll denounce Trump. Please calm down.

It’s not the fault of MSNBC that they operate on this glaring misconception. Not unlike the slaves, they’ve been kept in the dark, fed lies by people in whom they placed their trust: reporters. The day they learn the truth should live forever in history as Augusteenth—and, of course, federal workers would get that day off, too.

Next, we’ll need some volunteers to saddle up and head over to The New York Times building to proclaim:

Good news, New York Times! Your repeated claim that 1 in 5 women will be the victim of rape is FALSE!

Second: Even by this ridiculous measure, it’s not “1 in 5.” According to an extensive study by Obama’s Department of Justice examining 18 years of data, 1 in 10 women will be raped “in their lifetimes.” About 2 in 10 will be robbed and 4 in 10 will be injured during a robbery.

Third: The annual rate of rape victimization isn’t close to “1 in 5.” Instead, it’s 1.75 per thousand raped each year.

Fourth: This is including rapes that never happened, but are threatened or attempted.

Isn’t that terrific news, New York Times? Instead of 1 in 5 women succumbing to the awful crime of rape this year, fewer than 1.75 per thousand will be!

Let’s call this holiday Septemberteenth, to commemorate the joyful day Times reporters realized they are not living in a dystopian world of sexual predators. Cheers will erupt! (Some from federal workers.)

In October, our ersatz Gen. Granger and his trusty steed will ride south to the Capitol and proclaim:

I come bearing good news: No one’s vote is being “suppressed”! It’s a bait and switch! Last year’s preposterous voting rules were instituted because of COVID-19! Remember? They told us: IT’S A WORLDWIDE PANDEMIC! WE MUST ALLOW UNIVERSAL EARLY VOTING, NO IDENTIFICATION AND MAIL-IN BALLOTS! DO YOU WANT PEOPLE TO DIE? We can go back to pre-pandemic voting rules without fear of returning to the dark days of Jim Crow! Now, if some of you would be kind enough to give my trusty steed some water?

The late-breaking discovery that Republicans aren’t “suppressing the vote” might be called Octoberteenth.

The slaves of Galveston were understandably ecstatic to be freed of the yoke of slavery—as no doubt will be the misinformed BLM protesters, New York Times reporters, and other recipients of our horsemen’s good news. Think of their unbridled joy to be free of these false notions about America! They will shout to the heavens, giving thanks to the bounty of this land, their joy surpassed only by that of federal workers.