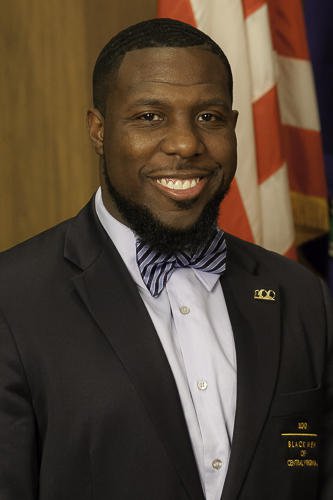 Charlottesville City Council on Monday night voted 3-2 to remove and sell an historic statue of Robert E Lee. The effort was led by Vice-Mayor Wes Bellamy (right) a self-styled civil rights leader embroiled in controversy over outrageously racist anti-white tweets. But there’s an unusual twist to this too-familiar story: a GOP gubernatorial candidate, Corey Stewart, is actually fighting back.

When Councilman Bellamy was interviewed last week by CBS This Morning about his motivations for moving the statue he said: “Symbolism matters…it’s a symbol, in my opinion, of white supremacy. It’s a symbol that we can’t have in the middle of the city.” [Removing Confederate statues,  April 20, 2017]

Bellamy has a history of anti-white racism. Controversial tweets dating from 2009-2014, uncovered by me and reported by multiple sources e.g. Homophobic, sexist, anti-white language abundant in Charlottesville vice mayor's tweets, by  Anna Higgins and Tim Dodson, Cavalier Daily, November 28, 2016. This  led to his  resignation from the Virginia Board of Education and from a teaching position at Albemarle High School—but not from the City Council (See Virginia Board of Education member resigns over racist, sexist, vulgar tweets, By Mike Connors, The Virginian-Pilot, November 30, 2016 and Repercussions of Vulgar Tweets: Wes Bellamy Resigns From Albemarle High School, By Aurora Calderone, WUVA News, December 30, 2016 )

Among other things, Bellamy said, “White women=the devil”, “I hate seeing white people (around town)”, “My favorite thing about being down south is seeing the look on the face of little white men when they have to look up to me” and “I don’t like whit (sic) people so I hate white snow!!!”. He also used graphic slurs against women, homosexuals and blacks who “talk white”.

One tweet, sent during AHS school hours he retweeted, “Eat it while she sleep if she moan it aint rape” and commented, “Word”.

“Right now, we are going to be looking at the Confederate statues, but in terms of Monticello, Thomas Jefferson, and things of that nature, I think those are conversations we do need to have here in the city of Charlottesville."

(Full disclosure: One of the multitudes of triggered Leftists harassing me and my signatories got too close, so I punched him. Much to the delight of the local liberal media I was charged with misdemeanor assault.)

The Commonwealth’s Attorney appointed a special prosecutor to adjudicate the petition, one  Michael Doucette, who has long been considered a partisan Democrat hatchet man. Although Doucette admitted that there was no legal precedent for the number of signatures required to remove Bellamy from office—we believed we had enough—he dismissed the case in deference to Bellamy’s attorney Pam Starsia [Tweet her], a far-Left racial activist with Black Lives Matter and SURJ (Showing Up for Racial Justice). FOIA documents reveal that Pam Starsia has been covertly advising Charlottesville City Council in legal strategies to remove the Robert E Lee statue [Blue Ribbon Commission on Race, Memorials, and Public Spaces Charlottesville City Council From: Pamela Starsia, Esq. Date: November 27, 2016]

Despite Monday’s vote to remove the Lee statue, it is not clear that this can be done, since there is a Virginia state law prohibiting the removal of Confederate monuments. Lawyers representing heritage groups like the Sons of Confederate Veterans have already filed a lawsuit seeking a temporary injunction on removal of the statue while the issue plays out in court [Lawsuit filed to stop Charlottesville from moving Robert E. Lee statue, WHSV, March 20, 2017].

Virginia gubernatorial candidate Corey Stewart has the protection of Virginia’s heritage and the Robert E Lee statue a centerpiece of his campaign. Earlier this month he was mobbed by Leftist protestors during a campaign stop at the statue [Protesters mob provocative Va. governor candidate as he defends Confederate statue, By Fenit Nirappil February 11, 2017]. After Monday’s vote, Stewart released a video vowing to preserve the statue if elected governor:

“This is not the end. If we allow Charlottesville to get away with this it will spread. They’ve already said after they remove the statue of Robert E Lee they’re going after Thomas Jefferson… when I’m governor, I’m going to force you to buy it back and put it back.”

Needless to say, the useless cuckservative front-runner, GOP Establishment favorite Ed Gillespie, has run away—according to the Washington Post’s Fenit Nirappil writing in the story linked above about Stewart being mobbed:

Fellow Republican candidate Ed Gillespie, a political strategist whom Stewart derides as “Establishment Ed,” said in a statement that he doesn’t support moving statues but that such decisions are local issues. [Emphasis added].

But when Stewart used that to attack Gillespie, the same Fenit Nirappil [Tweet him] wrote this:

Corey Stewart, the chairman of the Prince William Board of County Supervisors who is battling Gillespie for the nomination, began airing a statewide radio ad and YouTube video Wednesday that incorrectly says Gillespie told The Washington Post he is opposed to any state legislation that would bar local communities from removing Confederate monuments.

In a February article about Stewart rallying to stop Charlottesville from removing a Robert E. Lee statue from a downtown park, The Post [I.E. Nirappil himself] paraphrased Gillespie as saying that he does not support relocating statues but that such decisions should be left to local officials. [Emphasis added]

So Stewart  is being accused of spreading incorrect “fake news” because he believed Fenit Nirappil’s reporting [VDARE.com note: If you’re wondering, the name Nirappil comes from the Kerala region of India].

Nirappil didn’t supply the actual text of Gillespie’s statement in either story.

But none of that changes the fact that Gillespie has been running away from Confederate Heritage  issues for years—and Corey Stewart isn’t.

Jason Kessler is a journalist and president of the nonprofit Unity and Security for America. Follow Twitter and Gab: @TheMadDimension.